Published on August 7, 2012 by Charles Digges 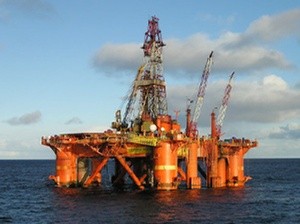 Should Statoil’s withdrawal from the project bear out, it will be greeted warmly by environmentalists and human rights activists.

“This is a slap in the face to all of the politicians and oil companies who have been speaking uncritically and without knowledge, describing Shtokman as the engine for oil and gas development in the North,” said Hauge. “With the new anti-democratic regime of [Russia  President Vladimir] Putin in power, we need to have  serious ethical discussion about whether or not it is right to cooperate with Russian companies.”

Hauge added that: “Shotkman has shown the naiveté of oil and gas companies – let us not be so naïve when it comes to the development of civil society and fundamental human rights” in Russia.

France’s Total is also due to sell its 25 percent share in the company running the gas project as well, but has yet to do so, said Berezhny.

Berezhnoy said the Statoil sale could lead to one of two outcomes – either Shotkman AG, which is 51 percent owned by Russian state gas giant Gazprom – will reform with its foreign partners, which will include Shell, or that Shtokman Development AG will continue on its own as a daughter company to Gazprom and tap the field, which is expected to contain some 32 trillion cubic meters of gas condensate.

The inclusion of Shell in Shokman Development AG was a topic of hot discussion during the spring, and its involvement was given a preliminary nod by Gazprom chief Alexei Miller.

The Russian news agency Interfax also today reported the Statoil share sale, which took place in late July, adding that Statoil CEO Helge Lund and Statoil Director Torgeir Kydland have ceded their seats on the board of Shtokman Development AG.

Interfax cited an anonymous source within Statoil’s Moscow offices, who suggested that Total will not abandon the project, but that this would not be decided until the end of the month when Shtokman Development AG meets for its board of directors meeting.

Statoil in Oslo would not immediately return Bellona’s requests for comment. Interfax reported that Statoil’s Oslo offices denied that Statoil would back out of the project, though this could not be independently confirmed.

Gazprom has similarly been unavailable for comment despite several messages left on its answering machine.

According to Norway’s Daglig Næringsliv newspaper, Statoil’s vice president for communication Jannik Lindbaek jr. has said that the Shtokman Development AG is still working to make Statoil’s stake in the project profitable.

The management shake up in many ways comes as no surprise, said Arvild Jensen, and analyst with the Petroarctic network of suppliers for petroleum projects in the North. For years, Shtokman AG has struggled to define its investment plan and haggled over the kinds of subsidies Statoil and Total could expect.

“The project has never been optimistic – we have had to wait so many years,” said Jensen. “Shtokman poses very difficult economic and technical risks and I believe it will be many years before the project is realized.”

In March, President Vladimir Putin, then still prime minister, said the companies would receive their subsidies.

But Russia’s Ministry of Energy also chimed in to say that it would not succeed in working out the size of the taxes until April, as was initially expected. The Ministry said the government could not decide on the size of the subsidies until it received the technical and economical studies on the project.

The stockholders then put off the decision on the adoption of the investment plan until July 1. Under the now expired agreement between the companies, if an investment decision was not adopted by the time the agreement ran out, Gazprom had the right to demand the return of the shares held by its former partners.

Two days before the agreement ran out, Gazprom’s Miller announced that neither Statoil nor Total could sell recovered gas from the Shtokman field themselves, and that sales would remain under the exclusive purview of Gazprom.

Miller said such a plan should have been included in the original agreement, which as a result never got signed according to Gazeta.ru.

Nomos Bank analyst Denis Borisov told Gazeta.ru, however, that “this is just the particulars  – the fundamental problem was the lack of definition on the deadlines for implementing Shtokman.”

“For Statoil, the defining moment was returning it’s investment, and considering the lack of definition, the company could not depend on anything,” said Borisov.

Statoil may in the end elect to not rejoin the Shtokman project as it already has a number of other profitable project afoot in Russia.

In May, Statoil signed a deal with Putin to explore oil fields over hundreds of thousands of square kilometers in the Barents Sea region in a deal Norwegian Prime Minister Jens Stoltenberg hailed as the “development of a close relationship of trust” with Russia, according to NRK Norwegian television.

Not only does that deal relieve some of the economic pressures of pulling out of Shtokman, but further reinforces Statoil’s proclivity for doing business with a state that has eroded into totalitarianism at the expense of human rights.