MURMANSK – Russian’s Ministry of Energy had laid key focal points for the development of the country’s gas giant Gazprom, giving priority to cultivating a system of underground gas storage, infrastructure construction for the Shtokman gas field, working out an integrated export strategy and spurring northern programs.

Published on June 28, 2012 by Anna Kireeva, translated by Charles Digges 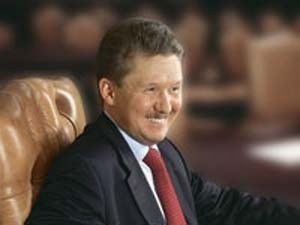 Accounting for incomplete coverage this year of the rising requests from Europe for gas use, the Ministry recommended that Gazprom that develop and integrated export strategy that would include optimizing volumes, sources and delivery. The gas monopoly should also work out a unified set of conditions for export contracts, as well as ways to deal with changed in market trends, said the Ministry.

It also pointed out that Gazprom has still not taken any decisions on the conditions governing gas deliveries to China and South Korea and the volumes in question, the online trade magazine Oil of Russia reported.

Oil deliveries to China are a political thorn, which was discussed in June during Russian President Vladimir Putin’s state visit to China. Russia succeeding in gaining a pause in the talks, which will be resumed in September.

At the same time the RBK Daily online newswire reported that an anonymous source had told Reuters that the joint investment agreement for the development of the Shtokman field in the Barents Sea – which has been a source of constant hold ups – could be signed before the end of 2012.

“The new investment plan should be signed at the end of this year, in about December,” the source, who is familiar with the project, told Reuters.

“The investment decision is planned for 2014,” the source said

“I don’t thing that the conclusions of the Ministry of Energy are going to impel Gazprom to speed up its projects, at least those parts that concern Shtokman or deliveries to the Asian-Pacific market,” said Dmitry Aleksandrov, head of the analytical division at Univer Kapital.

According to Aleksandrov, the development and opening of Shtokman would probably be delayed until 2018.

“As concerns the far east projects, I see the perspective of LNG (liquefied natural gas) delivery within the next two to three years,” said Aleksandrov. “As concerns gas deliveries to Europe, I don’t see any technological problems here, but rather contractual ones.”

Sources additionally say that operator companies could receive rights to export gas from the Shtokman field along with Gazprom, the controlling shareholder, which would solve one of the most deviling problems weighing down the project – attracting credit though export tax credits.

“The most important principle is that a project company, beyond operating functions, becomes a gas exporter. And a project company received tax credits,” said the Reuters source as quoted by RBK Daily. “But in this chain, “ Gazpromeksport could be before or after the project company.”

According to another source, Anglo-Dutch Shell and France’s Total are competing to become the main partner. O

According to unverifiable information, Gazprom, Norway’s Statoil and Anglo-Dutch Shell have this week been planning the sided talks on cooperating on developing the Shtokman field.

Statoil has already sent a letter to Gazprom saying it is prepared to for a partnership in the Shtokman field in which the main foreign partner would be Shell. The third international partner is Total. Statoil in fact suggested the three way talks.

According to a source, Statoil’s suggestion was discussed at a management meeting of Gazprom during the St. Petersburg Economic Forum last week. Gazprom agreed to the talks this week.

Alexander Medvedev, deputy chairman of Gazprom, the Shtokman project is not under threat of losing its license to the field.

“That the configuration [of companies] didn’t work does not mean that the time was spent in vain – we were working there,” he said.

He would not say what participants would change or who will be installed as the new foreign partner, which is assumed to be Shell. Medvedev only underscored that Gazprom will remain a participant in the project.

“There is no alternative to realizing the project without our participation,” he said.

Medvedev added, however, that the configuration of the companies that will develop Shtokman would indeed change.

“The original configuration did not work. That it will change is 100 percent certain,” he said. The changes in the roster may occur as soon as July as the current investment plan of previous investors in Shotkman AG, Statoil and Total, expires on July 1.