Total has succeeded in plugging a well at its North Sea Elgin platform that has been leaking gas for more than seven weeks, the French oil group told reporters on Wednesday in a statement. 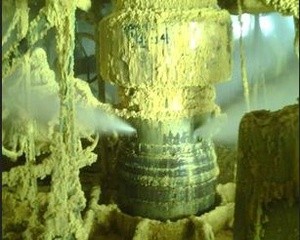 “We are very happy that this chapter in North Sea gas drilling has finally come to an end,” said Bellona President Frederic Hauge.

Paal Frisvold, director of Bellona Europa in Brussels added that, “we are very relived that the leak has been stopped, but this should prove that there is a need for increased safety standards for offshore drilling,”

Frisvold said “It will be interesting to bring what was learned from [the Elgin blowout] into discussions about elaborations to EU safety standards on offshore drilling.”

The topic of unified safety standards for offshore drilling in EU waters has been a hot topic for Bellona, and Frisvold said he would be discussing the implications of the Elgin leak with EU legislators, as discussion on the topic are currently underway.

Bellona is heavily advocating for a common minimum EU safety standard for offshore installations – a result of the Deepwater Horizon blowout of 2010.

The Elgin platform was evacuated of 258 workerswhen the gas began leaking on Sunday 25 March.

Teams of experts from Total and specialist contractors will closely monitor the well in the coming days to confirm the success of the operation, which involved pumping heavy mud into the leaking well and lasted 12 hours, Total said on its website.

The attempt to stop the leak got under way on Tuesday.

Total said in a statement thatthe operation had stopped the well leak within 12 hours and described the development as a “major turning point”.

If proved effective, Total would no longer need to drill relief wells as an alternative measure. Drilling of one of two planned relief wells began last month.

“Today, a major turning point has been achieved,” Yves-Louis Darricarrere, Total’s head of exploration and production, said in a statement.

A company spokesman said it was too soon to say when gas and condensate production could resume. The well that was the source of the gas leak was no longer in operation.

Total Chief Executive Christophe de Margerie has told Reuters that the leak would cost the company slightly more than $300 million in lost production in a worst -ase scenario where production did not restart before the end of the year.

The Elgin platform, pumping some 3 percent of Britain’s gas output from nearly 5000 meters below the seabed, is one of the deepest, most highly pressurized offshore natural gas fields in the world. Output was 9 million cubic metres of gas per day and 60,000 barrels per day of light crude oil, according to Total.

Darricarrère, said in his statement: “Our absolute priority was to stop the gas leak safely and as quickly as possible.

“We shall now fully complete the ongoing task and take into account the lessons learnt from this incident.”

Scottish Environment Secretary Richard Lochhead told the BBC that, “This is clearly good news from Total that the initial efforts to stop the Elgin gas leak appear to have been successful.”

“Further monitoring will be needed to ensure that this is a lasting solution, but this is a welcome step in the right direction,” he said.

Aside from stopping the blowout, Bellona is concerned about any climactic impact the Elgin leak could have had. Natural gas contains methane, which is 20 times as potent a greenhouse gas as is carbon dioxide.

The climactic impact will likely not be known for some time.