MURMANSK – Oil developers and environmentalists have a common goal of environmental preservation in the development of oil fields off Russia’s Northern coast, said the deputy director of the Shtokman project, Hervé Madeo of Total oil said in a meeting with ecologists in Murmansk.

Published on May 28, 2008 by Anna Kireeva, translated by Charles Digges 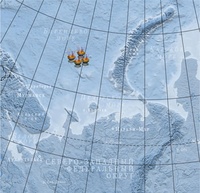 Total is one of the three companies forming the Shtokman Development AG Corporation, which will be developing the Shtokman oil field off the Northern coast of Russia, which is thought to hold some 3.8 trillion cubic metres of oil and gas.

The initiators of the meeting with environmental organisations were the representatives of the companies themselves, who suggested the personal meeting to avoid discord.

But the discussion left little room to rifts would continue between the gas giants and the environmental community for some time to come — if not become wider as the project began to take on real form and with it real problems.

Members of Bellona-Murmansk, GAIA, Nature and Youth, the World Wildlife Fund (WWF), and the Kola Centre for the Preservation of Wild Nature, were able to address issues face to face with the developers of the Shtokman project, as well as pass demands of non-governmental organisations to the companies.

“While speaking of general goals, Total’s representative prevaricated,” said Vadim Krasnopolsky, the Russian WWF’s coordinator of oil and gas sector projects. “The chief aim of every business is to make a profit. We are more interested in the environmental safety of the region.”

Nevertheless, Krasnopolsky acknowledged that such meetings could prove useful for both sides. He expressed hope that ecologists could get adequate information about the project and be able to influence it while it is underway because of the foreign presence in the project.

Nina Lesikhina, Bellona-Murmansk’s coordinator for energy projects, said the meeting showed that the company is interested in cooperating with the public — if only to the degree demanded by international banks that are extending the credits to realise the projects.

“It remains only to hope that practical actions for the minimization of environmental risks during the opening of the Shtokman field will be real and effective,” Lesikhina said.

Yelena Kruglikova of the GAIA environmental centre also expressed hope that the meeting was more than just an exercise in formal protocol.

The Shtokman AG company is responsible for all the engineering, development, construction, financing and operation of all installations that are part of the first phase of development in the Shtokman field. The first phase is expected to net 22.5 billion cubic metres of natural gas annually.

Company representatives frankly state that the first phase of opening the Shtokman gas condensate field is considered one of the most expensive projects in the world. Because of that, Madeo said that, “in the sphere of safety, we must observe the highest standards.”

But Lesikhina was not so worried about what the non-Russian companies have to say about safety as she is about what Gazprom will do once those companies are no longer controlling the project.

“I am circumspect about the fact that all the confidence about the use of ‘ecological’ technology and approaches during the realisation of the project will be used only during the first phase of development, in which Total and StatoilHydro will participate,” said Lesikhina.

“Toward the end of phase one, management of the project will fall directly into the hands of Gazprom, and it is not entirely clear along what principles the project will develop. This concerns both the energy supply for the installation, and the mechanisms for avoiding and liquidating accidents, as well as environmental monitoring,” she said.

Madeo was also compelled to comment on the situation relative to the use of floating nuclear power plants — an idea that has been thoroughly discuss, but to which no clear answers have yet emerged.

“During the first phase of the project, the energy supply for the installation will be natural gas, which we consider to be a clean energy supply,” he said.

Total and StatoilHydro’s Russian and Arctic experience stained
Both foreign companies participating in the Shtokman project already have experience working on the continental shelf areas as well as deep earth experience in Russia.

Total has experience in the development of the Kharyaginsky oil field in the northerly Nenets Autonomous Region. In 2007, the State Duma’s independent Audit Chamber found “significant violations in the environmental protection measures of the operator (of the Kharyaginsky field). Moreover, during the period of the agreement’s validity, methods and periods of development and validation of engineering documentation, engineering performance for extraction of oil was not attained.”

The company was fined to pay 300 times Russia’s minimum wage — a common measure for fines in Russian jurisprudence — which it paid, agreeing that violations had occurred. The fine paid by Total represents the maximum penalty for such a violation.

Both Total and StatoilHyrdo are partners in the development of the Snøvit project, where they have run into practically every conceivable environmental, climactic, budgetary, and time overrun problem.

“The situation arising with the realisation of the project showed that StatoilHydro was in no condition to deal with the difficulties in the Arctic, despite the company’s positioning as the most experienced in issues of opening continental shelf field,” said Kristin Jørgensen, director of Bellona’s Russia oil and energy projects.

According to her, the Shtokman project is incommensurably more complicated than the Snøvit.

“Norway has significant experience in offshore work that Russia does not possess and it is difficult to believe that the opening of Shtokman will go according to schedule and fit in the predicted budget,” Jørgensen said.

At the meeting with Murmansk environmentalists, Madeo assured environmentalists that Total would take all possible measures to avoid repeating such mistakes. Specifically, he said that the Snøvit project made use of a new gas condensation system developed by the Norwegians.

The Shtokman project will make use of “the most reliable gas condensation system” — the IPCI — which is used at 70 percent of the natural gas condensate plants in the world, said Madeo.

When speaking of project development deadlines, Madeo said he was sure that, despite the grueling schedule, the work would be completed on time.

Specifically, he said, preparation of the territory on which the gas condensate plant will be built will begin this year. Construction of the modules for the gas condensate plant, all of which will be located in the village of Teriberka on the Orlov Bay will begin in 2011. The beginning of deliveries via the gas pipeline system is planned for 2013, and the beginning of gas condensation in 2014. The drilling of bore holes is not planned for earlier than 2011, and the construction of pipelines no earlier than 2012.

“I agree that the schedule is harsh, but at the present moment I have no reason to assume that we will be diverted from it for any reason,” said Madeo.