The Russian oil and gas giant Gazprom announced earlier this week that no foreign companies will be allowed to participate in the development of one of the word’s biggest oil and gas fields – the Russian Arctic Shtokman area – a decision that comes as a major blow to international industry majors. 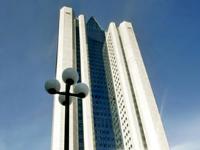 Companies like Chevron, ConocoPhillips, Total, Hydro and Statoil – who hoped to be a part of an international consortium – had all been given a sniff of the Shtokman pie by Gazprom, which owns the leasing rights to the field.

Gazprom has been in negotiations about developing the Shtokman field and building oil derricks there since 1989, and, meanwhile, the Russian gas monopoly has been putting potential partners through rings of fire on their way to the short-list of five companies Gazprom said it would select. Of these five, two were then to have been awarded contracts to develop the burgeoning field.

Gazprom’s official decision to go solo is that none of the offers from any of companies it had been dealing with were profitable enough.

Norwegian firms hit hard
Hit hard by Gazprom’s Monday announcement were Norway’s Hydro and Statoil, who were both confident they would be selected as partners. The Shtokman field is situated close to the Norwegian border, and it was anticipated that a construction involving the Norwegian companies would have a spillover effect on the oil and gas development in the Norwegian section of the Barents Sea.

Gazprom is also announced it is backing out of plans to build a liquefied natural gas plant on the Russian Arctic coast near Murmansk. According to the original plan, the gas stored at the facility was to be shipped to the US market. Instead the Shtokman gas will be pumped by pipeline to the Baltic Sea where it will link up with the Northern European pipeline to Germany – an announcement that was a bucket of cold water for the Americans, who had all but been promised by President Vladimir Putin that they would receive that gas.

The estimated price tag for the Shtokman project is $20 billion. There is doubt that Gazprom – with its enormous cash resources and “state-within a state” status can raise the cash, acquire the technology and know-how it needs to develop the project on its own.

The advantages of going it alone
Dr Arild Moe of Olso Fridtjof Nansen Institute said that the result of Gazprom`s decision to go it alone will most likely cause major delays in the project, as Russia simply does not yet possess the equipment or experience to develop the underwater Arctic field. However, by delaying the project, Russia stands to play a bigger role in construction projects surrounding the development of the field, and takes a giant step forward toward nationalising the oil and gas industry – a long-time dream of Putin’s administration.

The Shtokman decision has been highly politicized. Putin hawe been using the promise of participation in the field’s development as leverage on a broad range of subjects and diplomatic issues – for example, to assure Russia’s entry into the World Trade Organisation (WTO).

Politics control the pipelines
This begs the question: Is it coincidental that both the announcement that Russia will develop Shtokman alone, and the subsequent decision to pump gas earlier earmarked for the United States to Europe, come at a time when US-Russian relations are deteriorating?

At the moment, Russia has non-strategic submarines on patrol loaded with nuclear warheads, in breach of a 1991 agreement between Moscow and Washington. Russia has also come to Iran’s defense in the United Nations Security Council, opposing proposed US-driven sanctions against Tehran’s decision to ignore the West’s entreaties to halt its uranium enrichment programme. Russia – to the chagrin of the United States – has also had a long-term stake in Iran’s nuclear development since Moscow agreed to build an $800m, 1,000 megawatt nuclear reactor in the Iranian Persian Gulf port of Bushehr. The reactor is due to come on line in November 2007.

Moscow has also revised its military doctrine to re-include the United States as a nuclear threat, according to Novaya Gazeta political analyst Pavel Felgenhauer. Washington has answered by increasing its own nuclear readiness, and hinted at a resumption of nuclear weapons testing, Agence France Presse reported.

Matters were not helped when Putin made public digs at President George Bush during the last meeting of the G-8, held last July in Putin’s hometown of St. Petersburg. So it is clear that there is no love lost between the countries at present.

The lion’s share of the Shtokman gas will therefore go to Germany, with which Russia has managed to maintain good relations – and where Putin once served as a KGB agent. Putin was in Germany on Tuesday and Wednesday for trade talks with German Chancellor Angela Merkel, who had reportedly approached him earlier this year to acquire the Shtokman gas that has been promised to the United States, Russian and American news outlets reported.

Sergei Yestrokhan, a Russian political analyst, told the BBC from Moscow that Russia “is using rising oil and gas prices as a political weapon against western countries.”

He said that the most important factor influencing who gets the big business contracts in Russia is having good personal relations with Putin. Yestrokhan pointed out that German companies are flourishing in Russia as a result of former German Chancellor Gerhard Schroeder’s close personal ties to Putin.

It remains to be seen if Gazprom’s announcement that it will play solo fiddle in the Shtokman field’s development is just another political shell game, or whether it is simply an effort to give the field another 30 years of beauty sleep before the spigots are turned on.

For the time being, the true winners are the waters of the Barents Sea and the delicate Arctic environment. The longer and more frequent the delays in the Shtokman project, says Bellona, the bigger are the gains for the vulnerable environment of the Russian Arctic.