The polar icecap is retreating under the withering effects of climate change, but if Russian officials with the Yamal LNG project feel guilty about turning a profit from that, it’s something that only a few of them are discussing in public. 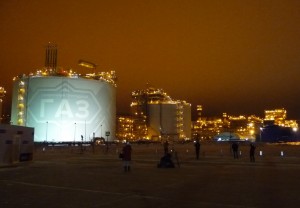 The polar icecap is retreating under the withering effects of climate change, but if Russian officials with the Yamal LNG project feel guilty about turning a profit from that, it’s something that only a few of them are discussing in public.

From these windswept shores in northern Siberia, where one of the world’s largest LNG projects just reached full capacity, the sailing to China and Europe is only getting better as the Arctic warms.

And the gas is plentiful. As of early December, some 16 million cubic meters of it are now on tap, drawn from reserves more than a kilometer beneath the frozen tundra of Russia’s central Arctic coast 2,500 kilometers northeast of Moscow.

As Dmitry Monakov, the project’s deputy director, put it to a busload of journalists who had arrived to cover the production launch shortly before Christmas, not intending the pun: “We’re driving on gas.”

The massive $27 billion effort on the Yamal Peninsula is the joint work of Russian energy company Novatek, which owns just over half of the project. France’s Total, the China National Petroleum Corporation and the Chinese investment firm, the Silk Road Fund, split the remainder.

It is also one of the first major energy projects in the world that seems to be banking its chips – cynically or otherwise – on the thawing of the Arctic cause by global warming. The hotter things get, the logic suggests, the better business will be. 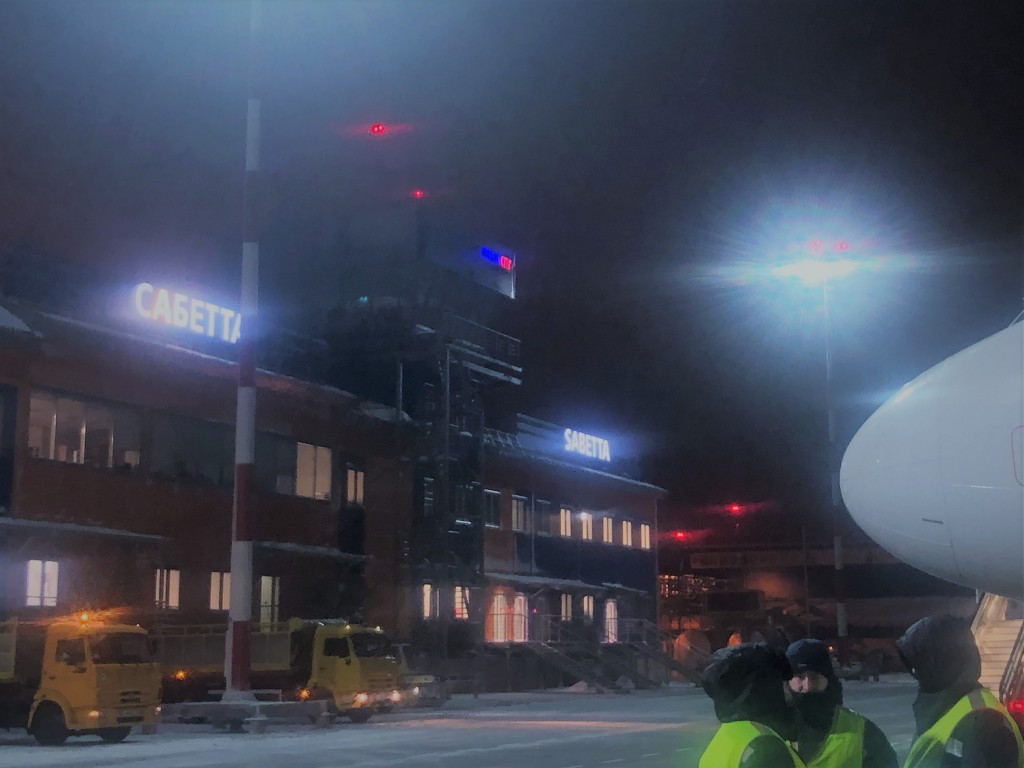 The international airport in the port of Sabetta, which sprung up as the Yamal LNG project was developed. Credit: Anna Kireeva/Bellona

The Yamal LNG plant – itself built on stilts that elevate it above the permafrost – will send liquefied natural gas out to Asia and Europe by sea, something that has only been possible in the last few years of record Arctic warming due to climate change.

Several test voyages of ice-class tankers and cargo vessels sailing without the help of nuclear icebreakers — an unthinkable undertaking as recently the early 2000s – have already taken place.

Still, the working conditions are some of the harshest on earth. Temperatures on the Yamal Peninsula can plunge to minus 50 degrees Celsius during the winter months, a season of complete darkness above the Arctic Circle. Crews that work the fields rotate in and out every three months to prevent fatigue from the elements. And most of the Yamal LNG’s facilities had to be built elsewhere because of the freeze, and were shipped in by sea to be cobbled together on site.

Farther from shore, the consequences of an accident are dire. Largely undeveloped infrastructure along the Arctic coast can leave ships in distress pretty much on their own. Leaks of heavy ship oil foul pristine waters far out of reach to crews that could clean them. Major oil spills and other mishaps would be nearly impossible to combat. 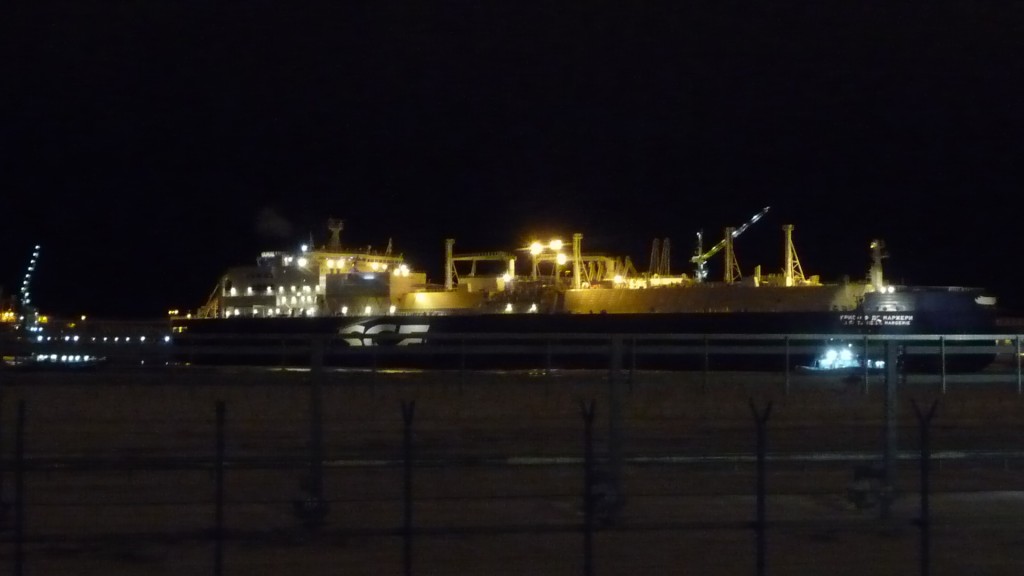 The Christophe de Margerie, one of the ice-class tankers that can make the journey from Asia to the Yamal LNG project without icebreaker assistance. Credit: Anna Kireeva/Bellona

The consequences of turning the Arctic – a frozen bower that reflects solar radiation away from the planet – into a churning commercial sea don’t seem to be something anyone has considered.

All the same, Yamal LNG official and the Russian lawmakers who support it tried to strike an environmentally-conscious posture for the 200 reporters they gathered in the Arctic port of Sabetta to showcase the plant’s launch. A project this big has left a lot to clean up in its wake – and this, say the officials, is exactly what they have done.

Gas exploration on the Peninsula began as far back as 1993. Geologist and contractors spread out over the frosty expanse like gold-rush prospectors, drilling wells and churning up the vulnerable permafrost with heavy machinery. Workers’ camps rose and fell and were later abandoned, leaving rusty barrels and fuel waste to the deer and the bears.

Vladimir Pushkaryev, a state duma deputy who was on hand for the Yamal LNG launch, said that conditions used to be appalling. 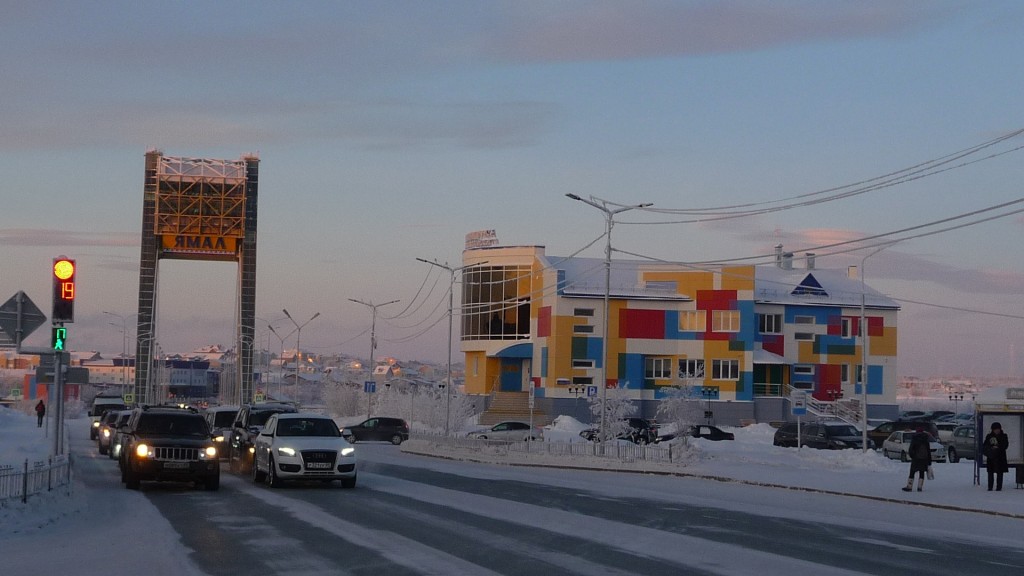 The town of Salekhard on the Yamal Peninsula, one of the cities revitalized by Russia's gas exploration. Credit: Anna Kireeva/Bellona

“When we arrived for the first time, we were shocked by what we saw and did not comprehend how we could cope with it,” he told reporters.

But as more international partners signed on to the gas venture, the more the environmental consciousness rose, and now many of these early scars left by the project have been healed. Developers, operating under the purview of Russia’s natural gas monopoly Gazprom, now have to clean up as they go along.

But development of the fields has nonetheless been swift, and there’s no question that Russia is staking much of its economic health on its success. Last month, the Duma passed legislation granting Rosatom, Russia’s nuclear corporation, oversight over the Northern Sea Route, the 6,000 kilometer sea artery between Europe and Asia. Many observers see this as a free pass to develop the arctic on the backs of new-model nuclear icebreakers – at least three of which are nearing completion, with more to follow.

These icebreakers, in turn, will ford the ice for convoys of tankers carrying gas and minerals in a bid to keep Arctic shipping channels between Europe and Asia open year round. The Kremlin asserts that by taking the northern shortcut, shippers can shave 15 days off the time they spend toiling though the Suez Canal.

To this end, Russia president Vladimir Putin has not so much suggested as ordered that cargo volumes traversing the Arctic must increase to 80 million tons by 2030 – a fourfold increase over current levels.

Meanwhile, the Yamal LNG project was completed a year ahead of schedule, and the mission of it, and the area that hosts it, is clear.

“The mission of our region is to effectively produce hydrocarbons,” Dmitry Artyukhov, governor of the Yamal-Nenets Autonomous District told the reporters.

That last figure is only set to increase. The Yamal LNG project is thought have reserves measuring anywhere from 15 to 30 trillion cubic meters – leading Governor Artyukhov to assure the gathered reporters that the project will remain viable for decades to come.

But the days of halcyon production may be limited by the one thing so few behind Yamal LNG seem to have considered: Climate change. And this has Deputy Director Monakov a little concerned. He admitted to the assembled journalists that the permafrost on which the enormous project stands is not the best foundation.

Yet the very hydrocarbons the Yamal LNG project seeks to exploit may be its very undoing, as the ground on which it stands could eventually melt from beneath it.