Norway’s coalition government handed down a four year reprieve on oil drilling in the Lofoten Islands, but hedged that with defeat by awarding a record 74 oil drilling leases – nearly all of them in vulnerable areas – in its 2018 oil leasing process.

Published on January 29, 2018 by Charles Digges

Norway’s coalition government handed down a four year reprieve on oil drilling in the Lofoten Islands, but hedged that with defeat by awarding a record 74 oil drilling leases – nearly all of them in vulnerable areas – in its 2018 oil leasing process.

It was a familiar bit of hypocrisy: While the government continues to enforce green policies at home, it packages up environmental threats and exports them to less concerned customers.

Earlier this month Norways’ two-party government agreed that the centrist, environmentally friendly Liberals should join the minority coalition and adopted some of its environmental stances.

And while those polices mean that the Lofoten archipelago and the surrounding Vestralen and Senja Islands will be spared drilling activities through 2021, many say the new leases contradict environmental promises that were already fragile enough when the new ruling coalition was formed just days ago.

The new licenses comprise 45 in the North Sea, 22 in the Norwegian Sea and eight in the Barents Sea and were awarded to Statoil, Aker BP Shell, Total and ConocoPhillips among others.

And while Statoil has trumpeted it plans to move forward with a $6 billion project in the Johan Castberg field, the vulnerable new lease offerings seem to come as compensation for keeping Lofoten closed.

The debate illustrates the brittle fissure in Oslo’s new coalition government, pitting the conservative Petroleum and Energy Minister Terje Søviknes against Ola Elvestuen, the Environment and Climate Minister who emerged from the liberal party.

Søviknes says he’s merely expanding the country’s $1 trillion sovereign wealth fund and selling oil to willing customers in Europe. Others, like the Norwegian investment bank Storebrand, have charged he’s gambling far more than Norway’s bank account by hitching the country’ economy to oil when the rest of the world is bracing for climate change. 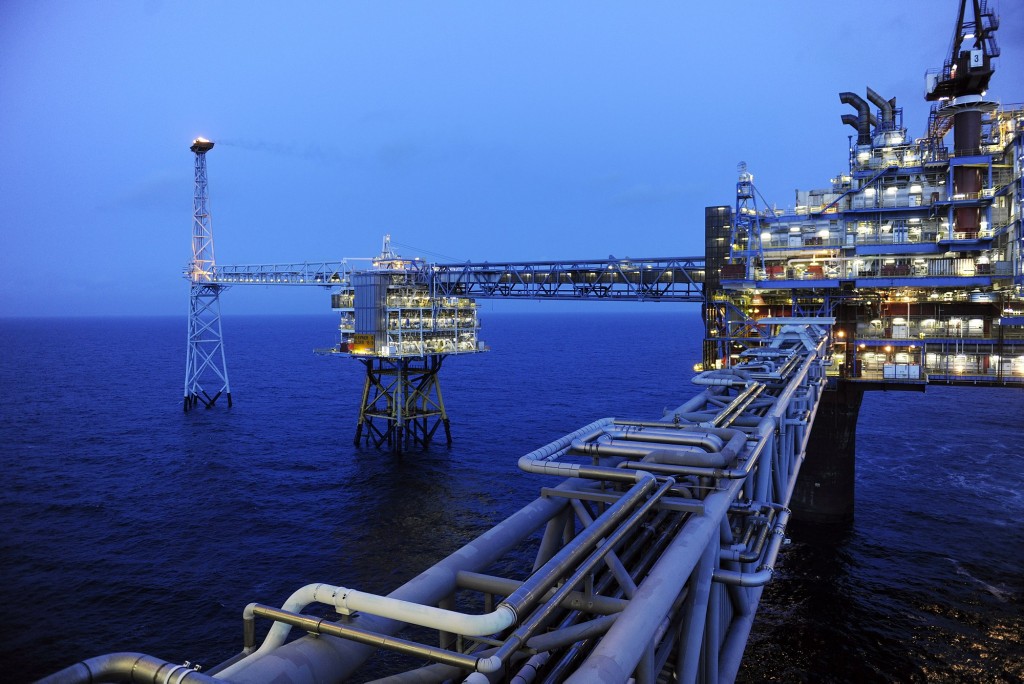 This year’s record-setting lease round illustrates an uncomfortable truth. While Norway struggles to make itself an example of environmental responsibility on the world stage, it is also Europe’s biggest petroleum producer. Many environmentalists and some of the country’s foreign business partners accuse Oslo of hypocrisy for backing the Paris agreement on climate change while drilling for oil in the Arctic, where the bulk of the new oil leases are.

Then again, oil has paid a lot of Norway’s bills. Oil and gas accounts for 12 percent of its gross domestic production and more than a third of its exports. Its sovereign wealth fund owns an average 1.3 percent of every single listed company on earth and petroleum proceeds have for decades buoyed one of the world’s most reliable public health and education systems.

Despite that, Norway is a darling at the UN’s annual climate summits. This year, more than half the cars sold in Norway were electric or hybrid, giving the country a leg up on its commitment to ban the sale of gas-powered cars altogether by 2040. By the same year, it wants all of its domestic air traffic to be electric as well. And Norway aims in its Paris goals to slash its emissions by 40 percent.

But for all of its ambition at home, Oslo’s culture of drilling annually exports the equivalent of ten times its own emissions to other countries by tapping oil and gas fields in the North Sea. Some studies estimate that the new oil leases the Ministry of Petroleum and Energy just handed out in the Barents Sea could added another 12 gigatons of carbon to the atmosphere over the next five decades.

Nowhere is this tension in the Norwegian conscience clearer than in the debate over what Oslo should do with its sovereign wealth fund. Last year, parliamentarians floated the possibility of pulling Norways’ stocks out of oil altogether, dumping as much as $40 billion in international giants like Exxon Mobil and Royal Dutch Shell. Norway’s Central Bank will be taking up the question in the autumn of this year.

There’s evidence a divestment plan like this could bring Norways’ internal energy politics a bit closer to its international environmental stardom. The country dumped most of its coal stock in 2015, and by 2020, the country will stop heating its homes with fossil fuels.

Since its already well on the way to banning the standard internal combustion engine by 2040, it follows that Oslo should dump its oil stocks well ahead of that.

But for that to happen, Søviknes and his colleagues in the new coalition government have to stop handing out oil leases at such record paces, lest Norway find itself too bankrupt to export the better parts of its environmental celebrity.