MINNEAPOLIS, Minnesota – In a major victory for US environmental campaigners, who for months have faced violence from authorities, the Army Corps of Engineers announced it would not allow an oil pipeline to be drilled under a section of the Missouri River in North Dakota.

Published on December 5, 2016 by Charles Digges 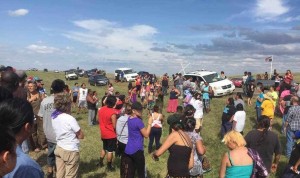 MINNEAPOLIS, Minnesota – In a major victory for US environmental campaigners, who for months have faced violence from authorities, the Army Corps of Engineers announced it would not allow an oil pipeline to be drilled under a section of the Missouri River in North Dakota.

The US Army Corp of Engineers said Sunday it would look for alternative routes for the $3.7 billion Dakota Access pipeline, US media reported.

Construction of the route a half-mile from the Standing Rock Sioux reservation has become a global flash point for environmental and indigenous activism, drawing thousands of people to a sprawling prairie camp..

“The best way to complete that work responsibly and expeditiously is to explore alternate routes for the pipeline crossing,” Jo-Ellen Darcy, the Army’s assistant secretary for civil works, said in a statement.

The move could mean a lengthy environmental review that has the potential to block the pipeline’s construction for months or years.

But it was unclear how durable the government’s decision would be. Sunday’s announcement came in the fading days of the Obama administration, which said in November that the Corps of Engineers was exploring alternative routes for the pipeline. 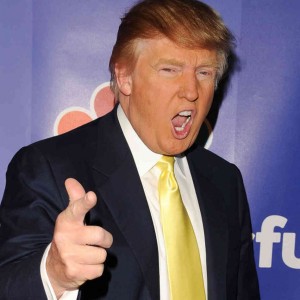 The decision averted a possible showdown between activists, some 2,000 veterans who had arrayed over the weekend to protect them, and law enforcement.

President-elect Donald Trump has vowed to support the pipeline. And Kelcy Warren, the chief executive of the pipeline company, Energy Transfer Partners, has been a major contributor to the Republican Party and Trump’s campaign.

Trump, whose billon-dollar corporate empire  poses a plutocratic bouquet of conflicts of interest, owns stock in Energy Transfer Partners. Yet he’s said that his support for the pipeline has nothing to do with his investment.

Environmental groups in the US hailed the decision.

“The water protectors have done it,” a Greenpeace spokeswoman, Lilian Molina, said. “This is a monumental victory in the fight to protect indigenous rights and sovereignty.”

Rhea Suh, president of the Natural Resources Defense Council, said that the outcome was a reminder of the power of individuals to “demand environmental justice.”

Proponents of the pipeline quickly cast the struggle in terms of the divisive election presidential election campaign, and characterized the environmental victory with sour name-calling.

Congressmen Kevin Cramer, a Republican of North Dakota and a Trump supporter, told the New York Times that “I can’t wait for the adults to be in charge on January 20,” in reference to Trump’s inauguration.

Energy Transfer Partners said in a statement accused the government of abandoning the rule of law “in favor of currying favor with a narrow and extreme political constituency,” an echoing of many Trump surrogate throughout the bitter election that characterized the democratic platform as some sort of a fringe.

What started last as a small but fierce protest in a remote spot along the Missouri River months ago has evolved into a standoff involving hundreds of Native American tribes, celebrities and activists.

On Sunday, Activists acknowledged that the Army Corps of Engineers decision was only one step forward in a larger fight over Native American and environmental rights

The pipeline if completed would connect oil production areas in North Dakota to an existing crude oil terminal and pipeline terminus in Illinois. At 76 centimeters in diameter, it could transport an estimated 470,000 to 570,000 barrels of oil per day. Energy Transfer Partners has said the pipeline in is 95 to 99 percent built.

But on Sunday, several protestors said they were not going anywhere until the pipeline was definitively block, something that could set the stage for new clashes when the Trump administration takes office.

Federal and state regulators had issued the pipeline the necessary permits to proceed, but the Army Corps of Engineers had not yet granted it what’s called a final easement to drill under a stretch of the Missouri River.