In a precedent setting deal, Norway’s political parties have today, 7 June, agreed that all cars sold in the country will be fossil fuel free in less than a decade, paving the way for a zero emissions transport sector for the first time ever. 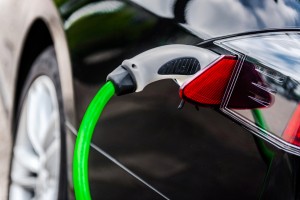 In a precedent setting deal, Norway’s political parties have today, 7 June, agreed that all cars sold in the country will be fossil fuel free by 2025, paving the way for a zero emissions transport sector for the first time ever.

“Bellona is happy that the governing coalition has been able to agree on targets, but it is important to note that 100% no emission cars from 2025 represents the floor – not the ceiling, of where Norway needs to be to reach the 1.5 degree target of the Paris agreement. We will continue to push for strong policies and instruments. The proof of the pudding is – as always, in the eating” comments Hallstein Havåg, Director of Policy and Research at Bellona Foundation.

The last few days for Norway’s parliament were marked by heavy deliberations on the terms of the deal, with the populist right wing Progressive Party (or FRP) in particular expressing concerns with regards to the feasibility of the plan, referring to it as “beyond the realm of possibility”.

While agreement was finally secured today, the Progressive Party has insisted on the inclusion of a reservation clause to clarify that the target of ‘no fossil cars by 2025’ is to be achieved only via ‘sticks’ and ‘carrots’, as opposed to physical prohibitions.

“It is important that the target is set for ‘zero emission’ cars, rather than the useless term of ‘low emission’ cars so widely adopted in the political debate. The question remains if this will be followed up with useful policy instruments. Policies introduced the last year have weakened, not strengthened, EV incentives in Norway” adds Havåg.

Legislative processes under way in Norway

Now that agreement on the target has been reached, discussions will be re-focused on the National Transport Plan (2018-2029) and finding the right mix of policy instruments needed to achieve it (deadline for results is 1 July 2016).

The agreed upon target was originally put forward by Norway’s four national agencies responsible for air, sea, rail and road transport in Norway in a document aiming to serve as a planning basis for the National Transport Plan to be finalised by 2017, following its approval by the parliament later this year.

The document sets out for all newly-registered cars, light vans and buses  to be ‘zero emission’ by 2025, with 1.6 million to be put on the roads by 2030 – the equivalent of saving roughly 2.7 million tonnes of CO­2 emissions.

The Dutch Parliament has recently voted through a similar motion that could see the sale of non-electric cars banned by 2025. The motion has passed through the lower house of the Dutch parliament, and now needs to be approved by the nation’s senate for it to become law. India, on the other hand, is looking into phasing out gas-powered cars by 2030.

In the coming months we are likely to see the rest of EU countries announcing initiatives and plans for EV and in particular re-charging infrastructure deployment in the lead up to November 2016, when countries are expected to present to the Commission national policy frameworks for the transposition of the Alternative Fuels Infrastructure (AFI) directive.