Following last week’s (24-26 March 2015) meeting of the Green Climate Fund (GCF) Board in Songdo, Republic of Korea, Bellona is disappointed to see that coal-fired power plants have not been excluded as potential beneficiaries under the fund and that lending criteria lack sufficient stringency. The GCF was established in 2011 as the financial mechanism of the United Nations Framework Convention on Climate Change (UNFCCC) with the aim of helping developing countries attain sufficient cuts in CO2 emissions as well as adapt to the consequences of climate change. 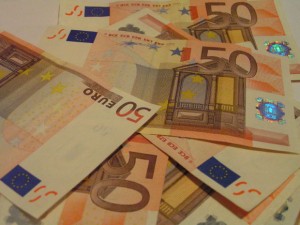 Bellona is deeply disappointed with last week’s failure of the GCF to ban funding to fossil fuel projects. It acts to undermine the very objective of the fund, which is namely to make a significant and ambitious contribution to the global efforts towards attaining the goals set by the international community, within the framework of the UNFCCC, to combat climate change.

Director of Bellona Europa, Jonas Helseth, said: “Bellona strongly disapproves of any UN climate funding being directed towards the construction of unabated coal power plants as they lock in fossil emissions that go counter to global decarbonisation objectives. On the other hand, Bellona is pleased that the development of Carbon Capture and Storage (CCS) technology is among the list of supported activities under the GCF. We would therefore ask that the Board takes steps to ensure that funding is granted only to coal plants equipped with CCS.”

An initial resource mobilisation effort for the fund began in June 2014. Following a formal pledge meeting in late November and at the Climate Summit in Lima, COP 20, a total of €9 billion was brought in. However, the outlook for the fund isn’t looking very bright, as only about 1% of the amount pledged has been delivered to date and the deadline for contributions was this week (March 30).

What is more, with the currently ambiguous rules on eligibility criteria, the resources made available by the fund are at risk of being channeled towards heavily polluting coal power plants.

Japan has already confirmed these fears by designating nearly €1 billion in loans for coal plants in Indonesia as ‘climate finance’, as reported by the Associated Press. Moreover, only last week, Japan added another €580 million in loans for coal plants in India and Bangladesh. To justify these actions, Japan claims that these projects qualify as ‘clean energy’ as they are less polluting than older coal-fired plants. China and Saudi Arabia also consider coal plants eligible under the fund and would oppose a prohibition of this.