Among the speakers at our event with Clean Air Task Force a Belgium-based Shipping company Victrol, spoke about the importance of multiple transport modalities such as ships, and in particular barges, in closing the urgent CCS infrastructure gap. 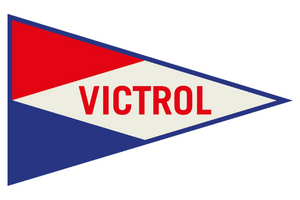 On the 6th of April Bellona Europa and Clean Air Task Force (CATF) gathered a range of actors involved in the CCS value-chain to the event: Transport of CO2 to Permanent Storage: A Missing Piece in Europe’s Industrial Decarbonisation Plan.

The event was part of Bellona Europa and CATF’s ongoing campaign #TenTTuesday, highlighting the need to support multiple transport modalities such as rail, barge ship and truck – in particular as part of the ongoing revision of the TEN-T Regulation.

Among the speakers was Belgium-based Shipping company Victrol, speaking on the importance of multiple transport modalities such as ships, and in particular barges, in closing the urgent CCS infrastructure gap.

“A beneficial point of barging and shipping is that it can be scaled up so you can install other ships, and dimension them so they are built to purpose” said Fred Selhorst, Business Development Manager at Victrol. Selhorst showed a map of the main hinterland waterway canals and rivers in North-West Europe explaining that by the use of barges it is possible to connect transport of CO2 to sea ports like Rotterdam, Antwerp, Dunkirk and even Hamburg – the inverse way of goods shipping today.

Victrol has already taken an important step to secure “a cost efficient and safe seaborn conveyer belt of large amounts of capture CO2 from the largest industry emitters in Inland Norther Europe” – as outlined in their Press Release of 21 March 2022. The Press Release launches a collaboration with Danish-based DAN-Unity CO2 – particularly focused on barges as a competitive solution as many harder-to-abate industries are located adjacent to rivers.

Another point raised by Selhorst, in ways to address arising risks, was the need for long-term commitments with industrial emitters, as well as with storage facilities. He also mentioned that end-to-end agreements will need to be in place “in order to avoid stranded assets”, as no investor is willing to invest for the short-term if there is no expected return on the investment.

In line with the challenges identified by Selhorst, the TEN-T Regulation can play an important role in reducing perceived investor risks connected to multiple modalities transporting CO2 to storage, not only by clearly signaling to the market the importance of multiple transport modalities on the path to net-zero, but also by contributing concretely with administrative and financial support schemes.