French Presidency of the EU Council: What this means for climate action

On climate change, the presidency will need to make progress on a large number of legislative proposals tabled last year as part of the so-called ‘Fit-for-55’ package. After the agreement on the European Climate Law, the challenge now lies in the design and implementation of rules which set Europe on a rapid path towards climate neutrality by 2050.

Published on January 11, 2022 by Bellona Europa 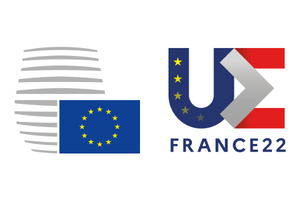 Since January 1st, France has taken over the 6-month Presidency of the EU Council for the first time in 14 years. This comes after an eventful 6-month Presidency held by Slovenia and is the start of a new presidency trio with Czechia and Sweden set to take over after the French. This Council presidency will undoubtedly be marked by the French Presidential elections occurring in April.

In the habit of 3-word mottos, the French Presidency’s motto is ‘Relance, puissance, appartenance’, suggesting a focus on economic recovery, asserting the EU’s geopolitical influence, and building on European cohesiveness. On climate change, the presidency will need to make progress on a large number of legislative proposals tabled last year as part of the so-called ‘Fit-for-55’ package. After the agreement on the European Climate Law, the challenge now lies in the design and implementation of rules which set Europe on a rapid path towards climate neutrality by 2050.

France will now be in the privileged position of chairing and guiding the agenda of the EU Council over the next 6 months, effectively choosing which proposals to prioritise and which should be left to the next presidency.

One key objective will be the proposed Carbon Border Adjustment Mechanism (CBAM) to counter the risk of carbon leakage (the risk of a polluter relocating to be subject to less stringent emissions costs). The EU Emission Trading System (EU ETS) already provides free allocations for sectors exposed to this risk, as well as financial measures to compensate for indirect emission costs incurred from GHG emissions costs passed on in electricity prices. The result is a weakened carbon price signal, negatively affecting incentives for investments into low emission technologies, such as Carbon Capture and Storage. The CBAM is proposed as a replacement to this, leveraging the EU’s trading influence and ensuring that products imported into the Union are treated on the same basis as those produced in the Union.

From Bellona’s perspective, it is key that the introduction of a CBAM is done in conjunction with a full phase-out of free allocations and national compensation schemes, and that the mechanism also assess the indirect and embedded emissions associated with products, such as emissions from energy used. Including indirect emissions is essential to capture the full climate impact at the border and to ensure a level-playing field based on real climate impact between Union and third country producers.

The presidency will also focus on the highly-politicised EU Sustainable Finance Taxonomy. This file seeks to address the lack of a harmonized standard in the financial sector when it comes to disclosing the sustainability of investment products. A key point of contention will be the controversial classification of nuclear and unabated fossil gas as sustainable activities. France has long pushed for the inclusion of nuclear, and as made evident by the leak of the complementary Delegated Act in January, the proposed additional inclusion of unabated fossil gas is a pill the French might be willing to swallow to make this happen. It will now be up to the French Presidency to lead the continuation of the process. Bellona Europa continues to urge for a climate credible taxonomy as a solution to – rather than a tool for – greenwashing. In line with the technology neutrality principle, this means fossil gas should not be given an exemption from the 100gCO2e/kWh threshold.

The Energy Taxation Directive, for which a review is long overdue, is also listed as a priority for the Presidency despite the significant challenge of overcoming a unanimous agreement in the Council, required for matters relating to taxation. The revision of this directive should rebalance energy taxation regimes to ensure more polluting types of energy are taxed at a higher rate.

Picking up on COP26’s emphasis on climate finance, France has chosen to place much emphasis on greening capitalism. One notable exception however, is the need to shift capital to critical low-carbon technologies, including CCS for heavy industry. This is particularly disheartening as this should be at the core of France’s approach to climate mitigation as a leading industrial nation.

The French Presidency will face the challenging task of managing the Council’s approach to the Fit for 55 package, which includes an overhaul of the EU’s climate architecture, most notably a proposal for a second Emission Trading System for transport and buildings and the inclusion of non-CO2 emissions from agriculture to be merged into the LULUCF Regulation by 2030.

Chiefly, as a major farming nation, the French presidency will seek to prioritise the Commission’s plans relating agriculture and Carbon Farming, building on its domestic work on the ‘Label Bas Carbone’. With the Commission’s Carbon Removal Certification Mechanism due to be proposed by the end of the year, it is clear that the French presidency will seek to influence the processes so they recognise the carbon removal potential of agricultural soils. Bellona is wary of such efforts, since the storage of carbon in soils is highly reversible and extremely challenging to monitor and verify.

On circularity, three major legislative files will be addressed: the Battery Regulation, the Sustainable Products Initiative and the EU Strategy for Sustainable Textiles. A key theme is the need to reduce the carbon footprint of products while maintaining the Union’s strategic autonomy, in particular for batteries. This will likely see significant work on the Waste Shipments Regulation.

With regards to textiles and sustainable products, it will be important to ensure the real climate impact of such products are grounded in reality, with accurate reflections of the carbon flows and their associated emissions. Simply because a product is recyclable or biodegradable does not mean it is sustainable.

The Energy Performance of Buildings Directive will be a key agenda point of a Ministerial conference to be organised in March, to accelerate the use of renewable energy in buildings while addressing energy poverty.

In addition, progress will need to be made on the CO2 standards for cars and vans. A contentious issue is likely to be the phase-out date for the sale of Internal Combustion Engines, proposed for 2035, which has already garnered opposing views in the Council. Bellona insists that due to the long lifetimes of such vehicles, the phase-out date should be brought forward to 2030 so that by 2050 the entire vehicle fleet be zero emission.

Finally, the Alternative Fuel Infrastructure Regulation and the associated strategies for the aviation (ReFuel EU) and shipping (FuelEU) sectors will also be on the French presidency’s agenda.

As a major industrial nation and successful applicant to the Innovation Fund, a notable omission is the role of Carbon Capture and Storage, critical to enable the decarbonisation of heavy industries and the deployment of Carbon Dioxide Removal. The Gas Market Package and the Connecting Europe Facility could serve to phase out fossil gas and provide a key role for CO2 infrastructure networks, but this does not appear to be a priority for this presidency.

Overall, this is set to be a busy 6 months for the Council Presidency and for all stakeholders involved.

For more on the Fit for 55 package, please see the below articles: