Published on April 4, 2019 by Bellona Europa 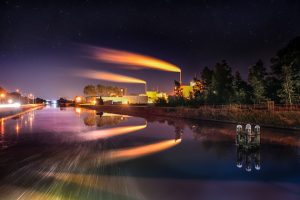 The German chemical industry is the fourth largest in the world[v]: with a share of 28.7% of the total industry sales in the EU, it is by far the biggest player in the European chemical industry[vi]. Since the chemical industry produces a wide variety of products, the figure below focuses on the production of the most widely used carbon-based chemical – ethylene[vii]. Ethylene is the building block of polymers (also known as plastics), which make up some of the most widely used products in the world, both in industries and in private households, namely plastics. In 2016, Germany alone exported 13 million tons of plastics[viii]. 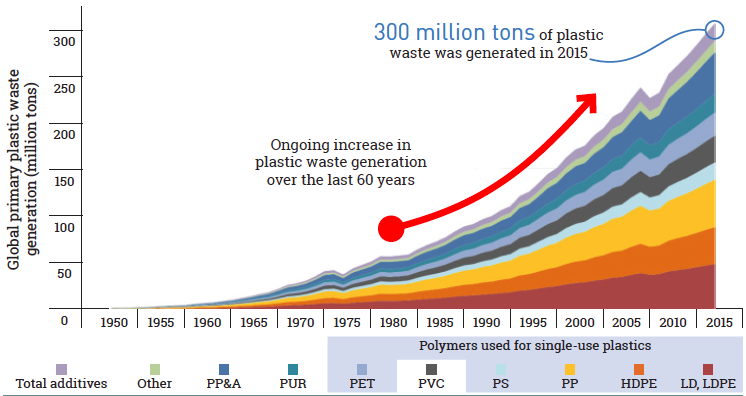 A large share of the chemical industry depends on virgin fossil feedstock for both the energy consumed during the production process and raw materials. Virtually all new plastic (well above 90%) is produced from fossil fuels[ix][x], mostly natural gas and naphtha, a product of oil refining. The global production of these new materials alone is responsible for around 400 million tonnes of GHG emissions in 2012[xi]. If the current growth of production continues, plastics (not including other chemicals) will make up 15% of the global annual carbon emissions in 2050. Emissions from the incineration of plastics could reach 4.2 Gt[xii]. Most of the plastics made today are produced from two industrial chemicals derived from natural gas and naphtha: ethylene and propylene (types of olefins)[xiii]. The production often clusters around natural gas sources, which is the most widely used fossil resource in the production of plastics. 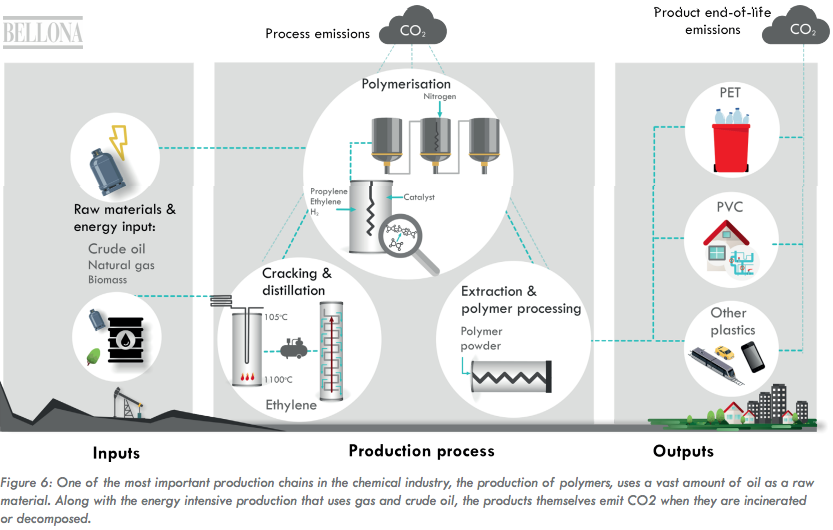 In comparison to steel and cement, most chemical products have a significantly shorter lifespan. Products such as the ones made from plastics are usually not designed for long-term use and are incinerated or recycled; even if they are given a new form, it only takes one cycle for them to degrade substantially and to become unsuitable for further recycling [xiv]. In Europe, only the packaging produced from plastic generated 15.4 million tonnes waste [xv]. Most of this waste ended up in the waste management chain, either in incinerators or landfills across Europe. 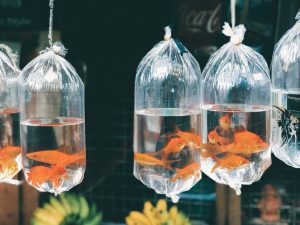 As those materials degrade, the emissions from the initial fossil feedstock end up in the atmosphere. Per tonne of plastic burnt, about 2.7 tCO2 are emitted[xvi].

As mentioned in our article “Feeding the Plastic planet minute by minute: Anthropocene the plasticscene” the plastic debate is a long way from being over as it is expected that by 2050 there will be more plastic than fish in the ocean. This, however, should be a motivation to act today and not delay the industrial transition and the behavioural change of consumers.

So how do we deal with the emissions from the chemical industry?

[v] Ecofys, “Potential for Shore Side Electricity in Europe,” 2015.

[xiv] Recyclenation, “How Many Times Can Recyclables Be Recycled?,” 2018. [Online]. Available: https:// recyclenation.com/2017/06/how-many-times-can-recyclables-be-recycled/.