Bellona welcomes the provisional agreement on the revision of the Clean Vehicles Directive which will send a positive signal to the market as to the demand for low-emission vehicles. However, there are some limitations…

Published on February 27, 2019 by Bellona Europa 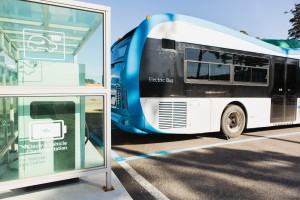 Bellona welcomes the provisional agreement on the revision of the Clean Vehicles Directive (2009/33/EC) which will send a positive signal to the market as to the demand for low-emission vehicles.

Despite initial concerns that the legislation would be delayed until after the European elections in May, the Romanian Presidency has pushed on for an agreement which, while not ideal, is a welcome push towards the decarbonisation of transport in the EU.

The Clean Vehicles Directive (CVD) will require public authorities in EU Member States to purchase cleaner vehicles, by mandating that a share of the vehicles they buy meet the criteria of a ‘clean vehicle’. This will help create a market for zero-emission vehicles, thus creating a much needed ‘carrot’ for European carmakers to further develop their zero-emission solutions, while also reducing noise, air and climate pollution.

A definition reliant on the AFI Directive

Unfortunately, the definition of a ‘clean vehicle’, which was the largest stumbling block during the Austrian Presidency in late 2018, is partly reliant on the Directive on Alternative Fuels Infrastructure (2014/94/EU), which lists electricity, hydrogen, some biofuels, synthetic fuels, natural gas, and liquefied petroleum gas as acceptable fuels. There are some positive caveats: biofuels with high indirect land-use change are excluded, and clean liquid fuels cannot be blended with conventional fossil fuels. Nonetheless, given the expected lifetime of these vehicles, the inclusion of fossil fuels such as natural gas and LPG risks encouraging cities to purchase polluting vehicles, which goes against the spirit of the legislation and the EU’s broader climate goals. The upcoming revision of the AFI Directive should reconsider the promotion of fossil fuels, since they do not offer pathways to decarbonisation.

Lack of ambition in the Council

It seems once again that the European Parliament has been more ambitious than the Council, with the transposition period having been extended to 24 months (as opposed to the 18 months proposed by Parliament) and the scope of the Directive having been limited to exclude taxis. Crucially, the targets are lower than the European Parliament had proposed, down by an average of 10%. The lack of ambition in the Council does not bode well for the upcoming discussions on the Long-Term Strategy, where Member States should agree to fully decarbonise their economies by 2050. Bellona calls on individual Member States to go above and beyond the minimum requirements set by the Directive when transposed into national law.

There is also a zero-emission sub-target for trucks and buses, calling on Member States to procure ‘zero-emission’ vehicles within their wider ‘clean’ vehicles target. The Parliament had called for 66% and 75% of all heavy-duty vehicles procured in this context to be zero-emission in 2025 and 2030 respectively. However, provisional agreement mandates for only half of the buses procured within the CVD to be zero-emission. While this is a positive outcome in some respects, Bellona regrets that the zero-emission sub-targets were lowered for buses and completely removed for trucks. Both vehicle segments have seen strong technological and market developments, as well as the recent agreement to regulate CO2 emissions from Heavy-Duty Vehicles for the first time in the EU.

Bellona also regrets that Non-Road Mobile Machinery, such as construction site machinery, are not included within the scope of the Directive. However, the provisional agreement states that the scope may be expanded to include them during the next revision, in 2027, when the market will be ready to provide zero emission construction equipment at scale.

Overall, the CVD is strong signal to the automotive industry that they must shift production towards zero-emission vehicles, which present economic, environmental, and health benefits compared to their conventionally-fuelled counterparts. However, the part-alignment with the AFI Directive, the lack of ambition in the targets and transposition period, have severely watered down the original aim of the proposal, to boost the market for clean vehicles with public money. The outcome risks promoting solutions which are counter-productive, such as synthetic and fossil fuels, and delaying a much-needed transition to cleaner modes of transport.