Norway announced on 9 December that it would offer USD 500 million to protect rainforests. Such funding commitments from rich countries have long been called for, and the Bellona Foundation appreciates the Norwegian government’s sense of responsibility on this issue.

Published on December 9, 2007 by Eivind Hoff 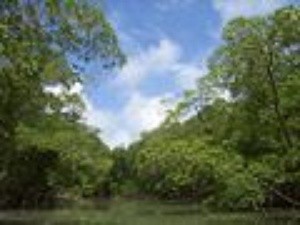 Just as the UN climate negotiations in Bali are heading into their final week, Norway has decided to offer NOK 3 billion (the equivalent of EUR 400 million or USD 500 million) to protect rainforests.

"We are very satisfied with this. Norway is showing the lead and takes the responsibility that is to be expected from a rich country," says president of the Bellona Foundation, Frederic Hauge.

"Protecting rainforests is one of the simplest and cheapest ways of reducing greenhouse gas emissions, and it is crucial that money is put on the table in order to halt deforestation. Protecting the forests is urgent because several percent of it disappears every year," he adds.

The Stern report on the economics of climate change estimated that USD 5-10 billion would be needed every year to compensate developing countries for foregone revenue from not converting their forests into agricultural land. This estimate concerns eight tropical countries representing 70 per cent of CO2 emissions from deforestation.

In other words, far more funds will be needed in the years to come to halt deforestation, and Bellona hopes that Norway will repeat its USD 500 million pledge every year. That would be a good start.