International climate politicking toward the end of 2003 was focused on getting Russia to make up its mind about whether or not it will sign the Kyoto Protocol. Though it is still unclear whether Russia—whose signature on the Protocol, or lack thereof—will make or break the emissions deal, Moscow, through its Ministry of Economic and Trade Ministry has on a number of occasions indicated that it will sign the protocol, most recently last month.

Published on January 12, 2004 by Mette Martinsen 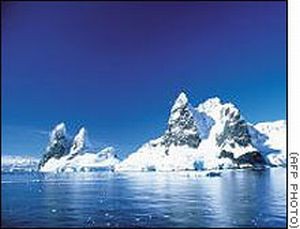 But Andrei Illarionov, President Vladimir Putins top economic advisor and one of the Kyoto Protocols most vociferous critics, has issued equally firm statements that the country needs more time to study how its signature on the protocol will stymie its industrial growth—something that Russia over the next decade is hoping to pump up significantly. Despite the waffling out of Moscow, however, the European Union, or EU, which will be most affected by its own promised industrial emissions slashing, says it will continue to pressure Russia for its signature on Kyoto.


The goal of the Kyoto Protocol, adopted at a December 1997 conference in Kyoto, Japan, is to oblige 55 signatory countries, which are collectively responsible for 55 percent of the worlds greenhouse gas emissions, to reduce their hazardous output—above all, carbon dioxide—by a yearly average of 5.2 percent.

If this average is reached by 2012, participating countries will be producing fewer greenhouse gases than they were in 1990. Only developed countries would be covered by the protocol. The Protocol will come into effect 90 days after at least 55 countries have ratified it.

One strong economic incentive of the Kyoto Protocol for both under- and over-producers is the creation of a market in emissions trading, which will surly arise if Kyoto is ratified. Under such a scheme, countries that are producing emissions at, or below, 1991 levels—which includes Russia and other industrially lagging countries—would be able to sell so-called emissions credits to those countries or industries that are producing more than their 1991 allocation. The emissions trading systems was suggested by the European Commission in 2001.

Emissions-selling countries would agree to remain at their current emissions levels while over-producers would be able to buy themselves more times with the purchase of these credits to adjust their industrial technology to Kyoto Protocol emissions levels. The first emissions trading period under the protocol will take place between 2005 and 2007. The second period will take place between 2008 and 2012, by which point the Kyoto Protocol designers hope the emissions-cut goals will have been met.

This years first milestone in emissions trading will occur in March, when EU countries plan to present their individual national strategies for emissions quota trading for the first quotatrading period between 2005 and 2007. This means each country is under pressure to tally up how many emissions permits they need to buy—or sell—and how to divvy them up.

The first stage
The EUs Emission Trading Directory is temporarily divided into a two stage process: one compulsory introductory phase, and one compulsory Kyoto-stage.
The emissions trading system allows rich countries with large emissions to buy larger quotas— at a constantly advancing price. Franck Lecocq, an economist with the World Banks Development Research Group, told the Danish newspaper Politiken in a recent interview that governments are expressing an increasing desire to buy carbon dioxide credits, particularly in Europe. The sellers would be countries whose current emissions are below the 1991 standards Kyoto is shooting for, which are likely to include South- and Central American countries, as well as several Asian nations.

Trade rates to be based on supply and demand

Lecocq also says that he expect the emissions trade would double if the private sector follows suit. Indeed, they will hardly have a choice in the matter: 10,000 European industries will be forced to do so by an EU directive.

According to Politiken, the rates at which credits will sell for will be set by supply and demand—and the demand more that doubled during 2003. The credits began last year at EUR6 and ended at EUR12.50.

Many variables will influence the rates. Jørgen Abildgaard, general director of the Danish ECON polling agency, said that many European countries will underestimate their future emissions, and thereby force prices up. Such is the case in Spain, where carbon dioxide emissions are extremely high. EU commissioner Loyola de Palacio and the Spanish government are, in fact, holding discussions on dropping their Kyoto goals if Russia, in the end, refuses to ratify the protocol.

Russian Hesitation on Kyoto
Russia therefore clearly holds the key to success or collapse of the Kyoto protocol—and also stands to make a bundle of cash on carbon dioxide credits due to the drop of industrial output that followed the collapse of the Soviet empire. This, some analysts and Russian government officials say, would create a cash crop for the Kremlins tight finances.

Russia unresolved contradictions about appending its signature to Kyoto have created wide ranging speculation about what precisely the Kremlin is trying to accomplish with is public ambivalence. Some analysts have suggested that the United States early withdrawal from Kyoto created a dilemma for Russia by because it took out of the equation the country Moscow was most relying on as an emissions credit customer.

Other analyses of Russias position recently published in The Economist magazine, suggest that Russia is trying to extract promises that EU nations will purchase emissions quotas from Moscow that EU countries will invest more in Russian, and will agree to a general increase on Russian exports. Recent statements from Russias Economic and Trade Ministry industry suggest this may be the case.

In a recent statement, the Ministrys chief, Mukhamed Tsikanov indicated this may indeed be behind Russias hot and cold position. According to Tiskanov, The Economist reported, Russias final decision on Kyoto depends on when Japan and the EU speak to Russia in the economic terms the Kremlin seems to be demanding.