With other major emitters holding back, the EU and its Green Deal become all-important for 2020.

Published on December 16, 2019 by Bellona Europa 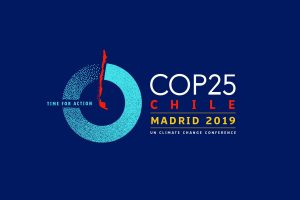 With other major emitters holding back, the EU and its Green Deal become all-important for 2020.

– A major disappointment and another delay of vital pieces of the puzzle for international cooperation on climate mitigation, said Christian Eriksen from the Bellona Foundation.

The Chile-led climate summit in Madrid did not produce the necessary progress. Pressing matters – most notably Article 6 on carbon markets, already postponed from COP24 – were not resolved, as the impact of changes in political leadership since the Paris Agreement in 2015 was evident. With the USA set to abandon its commitments, and other major emitters such as Saudi Arabia, Brazil and Australia actively working to derail any ambitious proposals, the spirit of the Paris deal was lacking.

– There should have been a deal on carbon markets last year, and now it’s still delayed. This is unfortunate, but not as catastrophic as a truly bad deal would be, which could have created perverse incentives, said Mark Preston Aragonès.

A group of countries, led by Costa Rica, stood firmly against creating loopholes in Article 6. The group advocated the ‘San José Principles’ to ensure that damaging loopholes, including the use of pre-2020 carbon allowances and double counting of emissions reductions, are not included in the deal. A few countries also stated that they could establish a carbon market anyway, based on these principles.

The concept of ‘avoided emissions’ was also featured in the negotiations. Supported by some heavy emitters, it aims to reduce the impetus for change by comparing a product or process with its worst possible variation to say that emissions actually have been ‘avoided’ – without changing anything. The concept of ‘avoided emissions’ is also being discussed on an EU-level with industry lobby groups calling for it to be included in the ETS accounting context. Bellona sees this as a major risk factor to real mitigation measures.

– ‘Avoided emissions’ should under no circumstance be included in any agreement. As such, it may be better to give parties more time to resolve these issues, said Jonas Helseth.

Bigger role for UK and COP26

Issues kicked down the road are now on the agenda for next year’s climate negotiations in Glasgow. The hope for COP26 is for it showcase solutions for the climate crisis, especially as we’ll be a year into the new EU Commission and the EU Green Deal.

– Europe is now the global leader on climate, with its announcement of the EU Green Deal and net-zero ambition. These must now be translated into action that shows the way for others. A successful COP26 can turn the tides but it will require that politicians bring actual solutions to the table, said Theo Mitchell.

Bellona has long advocated strong Emission Performance Standards in the EU, to enforce better solutions on the world’s biggest market. A Border Carbon Adjustment – discussed with then Commission President José Manuel Barroso during his visit in Oslo in 2012 – can also be introduced if necessary.

– Only through action can Europe show that implementation is possible and help drive down costs for all. That will reassure, enable and encourage politicians globally to set net zero targets, said Olav Øye.

– COP as an arena for solutions and discussions is more important than ever. And once it is clear that Europe is actually starting to benefit from a transition and that it creates inward investments in modernisation and opportunities, then the game changes completely, said Frederic Hauge.