The election of a US president who has called global warming “bullsh*t” and a Chinese orchestrated “hoax” raised dark questions Wednesday about America’s involvement in the Paris Agreement on climate change — and the future of the deal itself.

Published on November 9, 2016 by Charles Digges 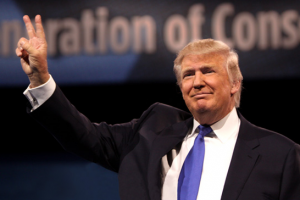 In major upset, Trump winds the US presidency. (Photo: Donaldtrump.com)

The election of a US president who has called global warming “bullsh*t” and a Chinese orchestrated “hoax” raised dark questions Wednesday about America’s involvement in the Paris Agreement on climate change — and the future of the deal itself.

The victory of Donald Trump, a nightmare scenario for the environmental movement, was a major surprise in the US, where the mainstream media is still struggling to catch the bus that ran over them. Absolutely no one saw this coming, and it’s left Bellona just as stunned.

“The world does not have time for four years for an active climate denier in the president of the United States.” Said Bellona President Frederic Hauge. “Climate change is coming faster and is more dramatic than the world had seen even a short time ago–with Trump as president and Republican majority in both houses is our concern large.” 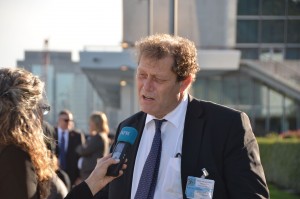 As much as Trump’s populist win over assumed victor Hillary Clinton points to the overwhelming lack of trust in American institutions and the fourth estate, so his campaign has cast doubt on all things foreign, including cooperation with foreign governments.

Trump, who pledged to rip up the Paris Agreement – in which 193 countries agreed to limit the rise in global temperature to well below 2 degrees Celsius compared to pre-industrial levels – has repeatedly said climate efforts subject US policy to “foreign bureaucrats” who would have “control over how much energy we use.”

He’s also promised to revitalize the American coal industry to preserve and create jobs, and to gut US funding of climate mitigation efforts and spend the money on domestic projects.

Trump’s focus on coal, said Hauge, could be the among the worst things coming.

“We fear major coal subsidies and the reversal of important initiatives introduced under the Obama administration,” said Hauge. “This is really a jet black day for the climate.”

Trump has also promised to flush the US Environmental Protection Agency, the instrument President Obama has used to push through so many of his own climate initiatives. Yet, in making his vow, Trump was unable even to identify the EPA, calling it instead the “DEP” and  “Department of Environmental.”

What fueled the Trump win?

Behind Trump’s victory is a deep suspicion of current orthodoxies in government, the media, and science, which has fully proved humanity’s role in changing the climate. His incantation that America operates a “rigged system” found support among a majority of voters who feel Washington has turned its back on their plight in favor of special interests. 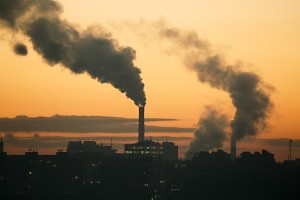 Trump’s denial of climate change echoes familiar Republican themes, but that may be where the familiarity ends.

Trump has also promised to wall off Mexico, called Mexicans rapists, pledged to deport millions, to force Muslims to register in a database, to sue the media and women accusing him of sexual assault, and boasted about grabbing women by their genitals.

In short, he elevated hate speech and outrageous insults to a level of political discourse and he’s emboldened right and ultra-nationalist movements in the US and across Europe, risking further subversion of any responsible and pluralistic international goals.

So, at just the moment the climate summit needs US leadership, Trump’s outright disgust with for global collaboration and his incoherence on climate and energy policy poses deeper and more unfamiliar dangers to cooperation on bringing down emissions and working toward international goals.

Such upheaval and dysfunction casts grave doubts on any hope of future cooperation from the US administration.

What are they saying in Marrakesh?

The US climate delegation in Marrakesh at the UN’s COP 22 climate summit had no comment to offer reporters after news of Trump’s victory reached Morocco.

Jonas Helseth, director of Bellona Europa, who’s on the ground in Marrakesh, said, “The climate negotiations are procedning as planned, but many here are worried about what will happen to America’s commitment to the climate in the coming years.”

Prior to leaving for the conference, the US delegation sought to dampen expectations by saying they hoped other countries would stick to their climate commitments regardless of the outcome of the US election, the Associated Press reported.

He believes it is crucial to the world that China and the EU now takes precedence.

“Unfortunately you can’t build a wall around the American CO2 emissions,” said Hauge. “It’s an injury the United States that hurts all of us.”

Can the US dump Paris?

Withdrawing from the Paris Agreement, which 100 countries, including the US, have ratified, would take four years — an entire presidential term.

But Trump could simply ignore the Obama administration’s Paris pledge to reduce U.S. emissions by 26-28 percent from 2005 levels by 2025. The pledges are self-determined, and there is no punishment for countries that miss their targets.

Alden Meyer of the Union of Concerned Scientists, a veteran US observer of the climate talks, told AP he hopes Trump will adopt a more “responsible” view of climate change once he takes office.

“Even he does not have the power to amend and change the laws of physics, to stop the impacts of climate change, to stop the rising sea levels,” Meyer told the agency.

Other countries told AP they’d continue to work for their emissions cut targets despite Trump’s election.

Li Shuo, a climate policy expert at Greenpeace in China, said the world’s biggest nation — and top polluter — would continue to work on climate change, not because of the international talks but “out of its own very genuine concern on air pollution, water pollution and food security.”

Hauge struggled to find bright spots for the environment in the Trump victory, noting that the US Supreme Court refused to block certain of Obama’s pollution regulations, and that substantial changes in legislation would take a long time to achieve.

“But a climate deniers as president is really the last thing the world needed now,” said Hauge.