Despite the shocking result of the US presidential elections, the COP22 climate summit in Marrakech went better than originally feared. 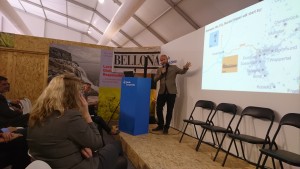 Despite the shocking result of the US presidential elections, the COP22 climate summit in Marrakech went better than originally feared.

On the second day of the Marrakech summit, it became clear that the United States had elected in Donald Trump a president who does not believe in anthropogenic climate change and who has promised to pull the United States out of the Paris Agreement.

“There was a strange atmosphere in Marrakech those days,” said Havåg. “People were really unsure about what was going to happen with our work on climate issues.” 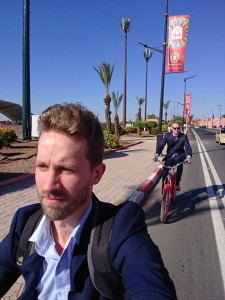 Other nations that helped spearhead the historic Paris Agreement -–which united 193 nations in a pact to hold world temperature rises to below 2 degrees Celsius – said their efforts would continue regardless of what Trump does.

Trump has been specific about his attitude to US participation in climate mitigation efforts. He has variously called climate change “bullsh*t” and a “hoax” orchestrated by the Chinese government to derail American manufacturing.

Last week, he seemed to offer some hope of a softer stance when he vaguely told the New York Times that he had “an open mind to [climate change]” and that he was “looking into it very closely.”

But he’s buttressed his transition team with climate deniers like Myron Ebell, a climate sceptic and apologist for fossil fuels, and he has already sought ways to back out of the Paris Agreement. His advisors are moving to slash NASA’s “politically correct” climate research. And he still has outstanding promises to slash coal, oil and gas regulations.

China and the EU keep their promises

Yet anxieties about the incoming US administration eased considerably during the second the COP22 summit’s second week, when China declared that their actions would not be affected by the new government in Washington, DC.

The EU, Brazil, Mexico and Canada likewise pledged that their efforts to combat climate change would be upheld.

“It is good that there still seems to be broad support for the Paris Agreement,” said Havåg. “This was not something we could take for granted, especially since Donald Trump has said he will lift all restrictions on coal, shale oil, and shale gas.”

During the summit, various representatives of American industry, including Coca Cola, Nike, Levi Strauss and Starbucks, called on president-elect Trump not to step out of the Paris Agreement.

They warned that the prosperity of the United States would be threatened if the American economy is not restructured adequately.

– Negotiations in Marrakech focused on UN procedures for reporting and monitoring of the Paris Agreement,” said Havåg. “But neither industry nor governments need to wait for the technical and slow UN processes to be initiated, says.”

Available technologies must be implemented

Bellona’s representatives at the climate summit argued that Norway, the EU and the world at large must ensure rapid deployment of solutions that already exist.

“This applies in particular to CO2 Capture and Storage (CCS), which is necessary to remove the enormous CO2 emissions from industries, such as cement and fertilizer production,” said Havåg.

In this way, Norway has already demonstrated its commitment to deploying the technology. The three projects are : Norcem in Brevik, Yara in Porsgrunn, and at the waste plant at Klemetsrud in Oslo.

Yara recently said that they see no major technological barriers for CO2 capture at the ammonia plant’s Porsgrunn.

“ It’s a very uplifting development. But we do know that trial and error, in order to get to the best solutions, takes time,” said Havåg. “Norway must contribute to many of such industrial projects so that different industries can achieve emission cuts that make a difference.”