Year in Review: What 2015 has meant for electro-mobility

2015 has sure proven a turbulent year for the EU transport sector. The Volkswagen scandal opened the world’s eyes to the commonplace nature of car makers’ fraudulent practices with regards to emission tests. This in turn put enormous pressure on the European Commission to accelerate the introduction of a stricter vehicle emission testing regime: something that Bellona and numerous other civil society organisations have been long calling for. The COP 21 climate conference in Paris, on the other hand, saw some very promising initiatives for the transport sector being undertaken, such as the Paris Declaration on Electro-Mobility and Climate Change. These developments have been important for confirming electro-mobility as the undisputed way forward for the transport sector; what we need now is to mobilise concrete action.

Published on January 12, 2016 by Bellona Europa 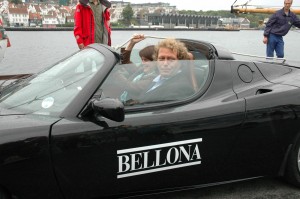 The Volkswagen scandal shocked the whole world by revealing an inconvenient truth about the car maker industry: the commonplace nature of test manipulations to produce artificially low emission results and thus fake compliance with EU regulations. Over the past months we saw the scandal spreading over a growing number of car makers, now affecting Audi, Porsche, Renault, Opel and Daimler. Not only are further car makers being added to the list of cheaters, but the practice has been found to also affect CO2 emissions.

In spite of ever increasing evidence of these fraudulent practices and the serious implications for human health and the environment these entail, the European Commission’s response has been largely unsatisfying. In fact, the Commission’s original, rather ambitious proposal for the introduction of new emission testing rules (the ‘real driving emission test’) has fallen prey to the influence of the car maker lobby and Member States. Member States’ watered-down proposal calls for so-called ‘compliance factors’ which would create major loopholes in the system enabling car makers to produce and sell cars exceeding EU legal limits for NOx pollutants permanently and by a significant factor.

To Bellona’s satisfaction, this proposal was blocked by the European Parliament’s Environment Committee last month. In its resolution the Parliament urges the Commission to re-submit a new proposal for the introduction of impartial car emission tests by 1 April 2016. What is more, the Parliament agreed last month to set up a so-called ‘dieselgate inquiry committee’ to look into the scandal and role played by the Commission and Member State authorities to tackle it.

“We urgently need to see the introduction of an impartial testing system, which leaves no loopholes and allows no exemptions. Non-compliance with air pollution control rules cannot be tolerated and neither can gambling with human lives” has argued Jonas Helseth, Director at Bellona Europa.

In its brief entitled ‘The Emission Testing Gap: Why business-as-usual for the conventional car industry cannot continue’ Bellona provides recommendations for the rectifying the flaws in the existing NEDC system and points out the existence of a link between the recent scandal and electro-mobility. Most of all, the brief calls for the establishment of an EU independent type-approval authority as well as particular attention to be placed on ensuring fair taxation of diesel, hybrid and plug-in hybrids, the ‘reported vs actual emission gap’ for which has been particularly acute for the latter two.

“Even if emission testing is improved and vehicles taxed fairly to reflect real-world emissions, there are limits to how much the efficiency of combustion engines can be improved” the brief notes. This means that soon it will be cheaper and more sustainable to incentivise and heavily invest in EVs. If the transport sector is to make a serious contribution to reaching a decarbonised and pollution free society, urgent commitment is therefore needed to enacting stringent and accurate testing techniques, as well as introducing fiscal incentives for the wider uptake of electromobility.

COP 21 has put electro-mobility in the spotlight

Bellona highlighted the key role of electro-mobility in decarbonising transport as well as its numerous other benefits during the UN Climate Conference COP 21 in Paris last year. This took place in the form of high-level events on board the ‘Race for Water’ solar vessel and within the blue zone of Le Bourget conference center, where recent technological developments in the field of electro-mobility and energy storage technologies as well as the needed policy framework were discussed. These events also saw the launch of two new Bellona reports, including ‘Why an electrified transport sector needs to form a core component of the Energy Union’ and ‘Where will the energy storage mega trend lead us?’ 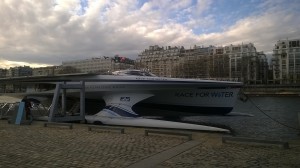 In addition to marking a historical milestone in UN climate negotiations, COP 21 saw the adoption of the ‘Paris Declaration on Electro-Mobility and Climate Change and Call to Action’. It brings together a number of industry and public sector actors in their commitments to scale-up electro-mobility to levels compatible with a less-than 2-degree pathway, as agreed in the Paris agreement. The declaration builds on current successful experiences worldwide and the converging interest of all transport modes for hybrid/electric solutions. Importantly, the partners to the declaration commit to broadening their efforts and call for a decisive joint effort towards sustainable transport electrification – including that at least 20% of all road vehicles (cars, 2 and 3-wheelers, trucks, buses, and others) are to be electrically powered by 2030.

Building on this momentum for action

For the past year Bellona has been actively working to foster the needed regulatory framework for the wider uptake of electric vehicles. Within the Platform for Electro-mobility, for instance, Bellona works along with a diverse coalition of organisations across industries to foster appropriate policies to remove existing barriers and speed up the electrification of transport. The platform has provided opportunities for collective inputting to EU policy making processes; one recent example being the joint call on the Commission to progress electro-mobility in the Energy Union.

The European Commission is expected to release its Communication on the Decarbonisation of Transport early this year. This is a crucial opportunity to highlight the important role and potential of electro-mobility in decarbonising the sector (read Bellona’s brief on this topic here).  It is of crucial importance that the momentum which has built up over the past year is sustained and the upcoming opportunities on the EU arena are taken in order to realise the much-needed shift to electrified transport.