A recently published study entitled “Hybrid life-cycle assessment of algal biofuel production” assesses the economic viability of algae biofuel production in Australia. The study finds that investing in a large-scale algae biofuel production facility in Australia could result in significant benefits for the country in terms of reduced reliance on crude oil imports, job creation and abating climate change. Despite the promising findings, Australia’s level of climate ambition, as demonstrated in its submitted climate pledge towards COP 21, remains insufficient.

Published on September 11, 2015 by Bellona Europa 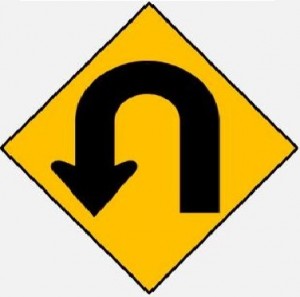 “This study provides yet more proof that Australia’s lack of climate ambition is completely unacceptable. With the country’s enormous potential for algal biofuels production, and its heavy reliance on fossil fuels, Australia has both an opportunity and a responsibility for urgent action on Carbon Capture and Storage (CCS).When combined with sustainably sourced biomass, such as algae, CCS can generate carbon negative emissions, which is necessary to retain global temperature rise below 2°C” – argues Jonas Helseth, Director at Bellona Europa.

The study shows that algae ponds the size of Sydney could satisfy the entire crude oil demand of Australia; currently 82% of the country’s crude oil is imported. In addition to boosting the country’s energy supply security, a large-scale algae biofuel production facility holds important job creation potential, whereby almost 13,000 new jobs could be created, representing a A$4 billion worth of economic stimulus for Australia. Moreover, the report states that “the development of Australia’s biofuel industry would generate a total economic stimulus of 77 cents for every dollar invested, compared with just 13 cents in the dollar for traditional crude oil exploration and extraction”. 3

Importantly, investment in algae biofuel production would have important repercussions for Australia’s contribution to the global fight against climate change. The study shows that the combustion of 1 tonne of algae oil instead of traditional crude oil would prevent the emission of 1.5 tonnes of CO2.

Unfortunately, however, these findings don’t seem to have been taken into account in Australia’s existing climate strategy. To the contrary, as made evident in an issues paper of March 2015, Australia attributes an important role to coal into the future for its economy.

What makes this worse is the fact that the country failed to progress its CCS Flagships Programme; a pre-requisite to any continued use of coal in the future.

Last month Australia released its climate pledge towards the Paris climate deal. The country has committed to reducing its greenhouse gas emissions by 26 to 28% below 2005 levels by 2030. The country’s ‘business-as-usual’ approach would entail a disturbing rise of 3.6°C above pre-industrial levels. This 3.6°C increase corresponds to the International Energy Agency’s ‘new policies’ scenario, which assumes that only existing climate policies are carried out, and no additional action is undertaken in the next 25 years.

Australia’s COP21 pledge notes that the 28% target shall be implemented “should the circumstances allow, taking into account opportunities to reduce emissions and factors such as the costs of technology”. The text of the pledge also states that “Australia reserves the right to adjust our target and its parameters before it is finalised under a new global agreement should the rules and other underpinning arrangements of the agreement differ in a way that materially impacts the definition of our target”.

The Australian government’s reservations and precautions with regards to economic costs are, however, lacking justification. In addition to the above mentioned economic benefits of algal biofuel production, another recent study by Warwick McKibbin has shown that Australia could cut emissions as much as 35% with practically no additional impact on the economy.