Published on April 1, 2014 by Charles Digges 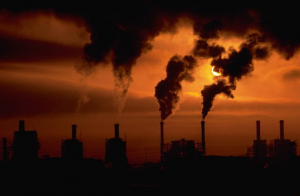 To Janne Stene, director of Bellona’s cleaner energy for Norway program, the report “makes the contrast between scientific knowledge and political paralysis even more visible.”

The 772 scientists who wrote and edited the report argue that world leaders have only a few years left to reduce carbon emissions enough to avoid catastrophic warming, which would produce significant sea level rises and large-scale shifts in temperatures that would dramatically disrupt human life and natural ecosystems.

“Observed impacts of climate change are widespread and consequential,” according to the report, which is from the UN’s Intergovernmental Panel on Climate Change (IPCC) and was released Monday morning in Yokohama, Japan.

In other words, the new report –from a body known as the UN panel’s Working Group II – says that climate change is already affecting every continent and all of the world’s oceans, and if carbon pollution – the main driver of climate change – is not reduced immediately, major economic damage and the health of millions of people is at stake.

Formally called Fifth Assessment Report, or AR5, the several-hundred page document updates the science since the last report was issued by the IPCC in 2007.

The report is being released in three sections, each prepared by a different working group.

AR5 emphasizes that what politicians the world around have been spinning their wheels for two decades to avert is, for all intents and purposes, already here.

The report is comprehensive in its recap of what we’re already seeing as a result of international political and diplomatic foot-dragging: Tt points to “high risk levels” for spread of disease in Africa; property loss and mortality due to wildfires in North America; and decreased food production and food quality in South America.

The more dire consequences don’t stop there, argues the report.

World leaders had previously agreed on a target of limiting warming to 2 degrees Celsius, but the time for hitting that target may have come and gone. Beyond the 2 degree mark, the reports authors say, “impacts will begin to be unacceptably severe.”

If the warming were to go beyond about 4 degrees Celsius as predicted by some climate models, “we would see extensive changes in agriculture,” Kelly Levin, a scientist who studies climate change impacts at the World Resources Institute in Washington, DC told National Geographic.

Even at the lower end of predictions, the report warns: “Climate change will lead to increased frequency, intensity and/or duration of extreme weather events such as heavy rainfall, warm spells and heat events, drought, intense storm surges and associated sea-level rise.”

In short, governments now need to brace for the impacts of climate change and invest more in planning for its impact, says the report.

Yet, early reaction to the findings is falling along predictable lines, with those who reject climate change science dismissing it as alarmist, and those convinced that climate change is real welcoming it as a clarion call for action.

“This comprehensive report lays out very clearly the evidence that climate change is already having many impacts across the world,” Nicholas Stern of the London School of Economics and Political Science – who warned of climate change’s dangers as a senior official in past U.K. governments – said in a statement. ”

But Frances Beinecke, president of the Natural Resources Defense Council in Washington, D.C., said, “This is an S.O.S. to the world.”

Jake Schmidt, also of the NRDC, went further to say in his blog that, “We shouldn’t need another wake-up call that it is time to act aggressively to curb climate change, but this report should serve as the last wake-up call to those sitting on the sidelines.”

But it is precisely those sideline sitters who are making the scarier predictions seems less abstract, and more like a forgone conclusions.

Bellona’s Stene said the report established the world is headed for something closer to a 3 to 4 degree Celsius rise in temperature.

“We don’t need politicians who only emphasize the need to do something, but politicians that will adopt the many effective climate solutions available,” she said.

Stene gave the Norwegian government, one widely seen as embracing green policies, only middling marks for it participation in battling climate change.

“Unfortunately, we aren’t seeing much political response to the challenges we face [on the climate front],” said Stene.”The new government has promised to strengthen its climate agreement, but we are far from that today.”

Stene’s sentiments were echoed by Connie Hedegaard, the EU Commissioner for Climate Action.

“More knowledge is always good, more action would be even better, Hedegaard said in remarks reprinted by the BBC. “When the alarm goes off, many just hit the snooze button. This does not work anymore when it comes to the climate.”

“Unless we act dramatically and quickly, science tells us our climate and our way of life are literally in jeopardy. Denial of the science is malpractice,” he said. “No single country causes climate change, and no one country can stop it. But we need to match the urgency of our response with the scale of the science.”

The NRDC’s Beinecke was optimistic that US imposed carbon limits on industry were a step toward ensuring that the next generation will not be left grappling with climate disaster.

“The good news is that we still can avoid the most destructive impacts of climate change, “ she said. “The centerpiece of President Obama’s climate action plan will set the first limits on carbon pollution from power plants, and that will help in a big way. We must take that step forward, and now, to protect future generations from climate catastrophe.”

In assessing the world reaction, Stene offered something of a Hail Mary appeal to policy makers who, for their rhetoric, cannot reconcile the divide between politics and science.

“Are governments really willing to let mainland industry take on the entire cost of transitioning to a climate friendly society?,” she said. “If not, they must be willing to take a tack where they lay down conditions for and oil industry which is willing to pay for that, and where fears of carbon emissions are not high.”