Published on December 7, 2011 by Magnus Borgen 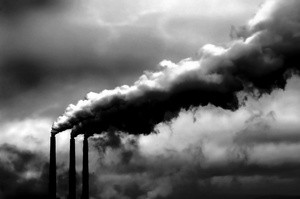 Talks that have been ongoing for over a decade finally reached a consensus on previously conflicting issues related to the technical aspects of CCS technology. The agreement is now to be submitted to the official delegations to the UN Conference on Climate change, for final adoption on Friday.

“Parties are very close to an agreement and this is an encouraging development” says Frederic Hauge, the Bellona Foundation’s President.

In the final stages of last year’s climate negotiations in Cancun, participating countries agreed on allowing CCS projects to earn offsets under the Kyoto Protocol’s Clean Development Mechanism (CSM), given that a list of criteria were addressed and solved.

The draft decision here in Durban recognizes that CCS “is a relevant technology for the attainment of the ultimate goal of the Convention and may be part of a range of potential options for mitigating greenhouse gas emissions,” according to a copy of the decision obtained by Bellona.

To halt the global increase in temperature to a maximum of 2 degrees C, it is internationally agreed and recommended in recent reports by the UN’s International Panel on Climate Change (IPCC) that global emission levels of greenhouse gases (GHGs) should be reduced by 50-80 percent by 2050 compared to 1990 levels.

In order to ensure such a significant amount of emission reductions of GHGs, a major change throughout the global energy supply chain must take place. This includes enhanced energy efficiency, replacing fossil fuel sources with renewable ones, and replacing polluting energy carriers with electricity and hydrogen.

The potential of CCS to reduce CO2 emissions from fossil fuel power generation and industrial processes is substantial.

Moreover, combining CCS with biomass conversion for energy, fuels and other products has the potential to yield net negative emissions. A transfer of CCS technologies from industrialised to developing countries can help ensure a more sustainable economic development and a gradual withdrawal from fossil energy, and the inclusion of CCS in the CDM may become an important driving force for such technology transfer.