Quickly on the heels of a major reproach from an international journalists’ rights group, the Russian Presidential Council for Civil Society Institutions and Human Rights has announced it has prepared amendments to the nation’s Criminal Code to strengthen the law on punishment for hindering journalists from carrying out their professional responsibilities, the chairman of the council said, according to RIA Novosti.

Published on November 7, 2010 by Charles Digges 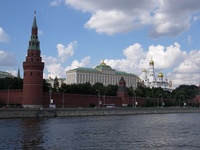 It was not immediately clear when the amendments will come up for debate in the Duma, Russia’s parliament.

Russian daily Kommersant’s political correspondent Oleg Kashin was severely beaten by unidentified assailants near his house in Moscow early on Saturday. He suffered jaw and leg fractures as well as injuries to his fingers.

As usual, investigators consider attacks on journalists not as attempts on their life, but just physical abuse and hooliganism that carries a much lesser punishment.

For example, when Mikhail Beketov, editor of a controversial newspaper, Khimkinskaya Pravda, was severely beaten by unidentified attackers in November 2008, a criminal case was opened under an article for committing bodily injuries.

The case was recently closed with no arrests, despite appeals by international press organizations and Beketov’s supporters that Russian President Dmitry Medvedev take charge of the investigation.

Beketov has remained physically handicapped from the attack, all while being forced to go to court to face defamation charges brought by Vladimir Strelchenko, mayor of the Moscow satellite city Khimki and home to the Khimki Forest.

Last week, Reporters without Borders called Beketov’s forced appearance from his hospital room in the court room to face the defamation charges an “outrage,” especially in light of the fact that Strelchenko himself has thus far refused to appear to give testimony.

Strelchenko’s action against Beketov stems from Beketov’s accusation against Strelchenko that he was conducting a campaign of “political terror.” Beketov’s car was set ablaze in May of 2007, and Strelchenko filed the defamation charges the following August.

Beketov’s Khimskaya Pravda was also one of the first to spearhead investigative reports against the planned highway between Moscow and St. Peteresburg that would run through the ancient oak forest. His supporters link the brutal attack against him, in which he was left for dead by his assailants, to his vociferous opposition to the Khimki project.

Beketov spent several weeks in and out of a coma, and doctors had to amputate one of his legs and several of his fingers.

Medvedev called for a cease to the clear cutting in Khimki Forest last summer after a groundswell of popular opinion against the project, led by Russian and international rock stars like Bono, reached a fever pitch. Medvedev turned the project over to the Presidential Council for Civil Society Institutions and Human Rights for further consideration. The council has as yet reached no conclusions.

The amendments prepared by the presidential council concern legal defense for journalists and rights activists, Mikhail Fedotov, the new head of the commission, said.

The changes also stipulate the tightening of responsibility for using violence against journalists. “Currently, the Criminal Code includes this article. It is essential, but works poorly,” Fedotov said according to RIA Novosti.

“At most a person is sentenced using this article once per year, meanwhile we know many cases of attacks on journalists,” he added.

Since the collapse of the Soviet Union, Russia has been one of the most dangerous countries for reporters with scores of journalists being attacked and beaten every year.