ST. PETERSBURG – President of the European Court of Human Rights Jean-Paul Costa failed on his visit to Moscow last week to convince Russian authorities of the importance of ratifying a protocol that would streamline proceedings in the court, effectively paralyzing its function and dashing hopes for those who seek fundamental rights protections in its halls.

Published on May 20, 2007 by Vera Ponomareva, translated by Maria Kaminskaya 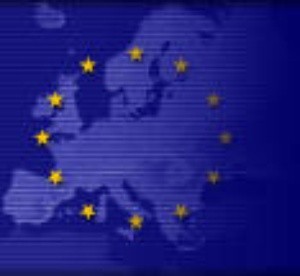 Protocol No. 14 to the European Convention for the Protection of Human Rights envisions a reform in the European Court and introduces simpler procedures for case hearings, which would allow for speedier proceedings in the already heavily backed-up court – the workload of the court is only increasing.

As of today, some 90,000 claims remain to be heard, around a fifth of which originated in Russia. It therefore not surprising that Moscow would have shunned signing the new streamlined protocol, further putting off legal complaints against Russian officialdom.

Russia’s lone dissention stalls reform
Russia was the only country among the European Convention’s 46 member states to balk at ratifying the protocol, thus blocking the protocol from taking effect.

As the protocol issue was considered by the Russian parliament, the State Duma, in December last year, 138 out of the 450 Duma members voted against ratification, with only 27 voting for it.

As explained by Olga Krivonos, Bellona’s legal counsel in Russia,
Moscow’s failure to go through with the reform will not only severely handicap the court’s operation, but will further limit citizens’ already under-protected right to defend their rights and freedoms in court.

“Claimants litigate for years, sometimes for decades, in Russia, and then have to wait just as long for the ruling from the European Court because of the court’s case overload.”

European Court chief holds out hope of Russia’s reversal
In remarks broadcast during an interview with the independent Ekho Moskvy radio station, Costa expressed hopes that Moscow might have a change of heart in the near future and that the Duma would ink the protocol after all.

“If the Duma continues with its resistance to the ratification, it could lead to a serious crisis, which, from my point of view, could become extremely wide-reaching and spread beyond the simple technical limitations for the court, which has been very happy about [the prospects of] this protocol’s ratification,” Costa said.

But all consequences considered, refusal to ratify the protocol will nonetheless lead to no serious dispute between Russia and Europe, says Yury Vdovin, head of the human rights watch-dog organisation “Citizens’ Watch.”

“The European community is afraid of getting involved in a conflict with Russia because of its dependence on [Russia’s] energy resources – oil and gas,” said Vdovin in an interview with Bellona Web.

“But in the future, Europe will undoubtedly find a new solution to its energy problems, and Russia will find itself in isolation.”

What the protocol lays out
Protocol No. 14 introduces a range of important amendments to the order of operation of the European Court. In particular, it increases the term of office for judges from six to nine years and annuls their right to re-election after their term.

Furthermore, the procedure of consideration of claims has been significantly simplified: A single judge would now be able to declare an application inadmissible for court consideration, instead of a three-judge committee, which is the current requirement.

A three-judge committee – instead of a seven-judge chamber, as is currently the case – would be able to render a judgment on a case’s merits if the basic claim in the case meets the standards of the well-established case-law of the court.

Russia’s officials objections to the protocol
It was the introduction of the practice of single-judge rulings that caused issues with the protocol for the members of the State Duma’s Committee for the Civil, Criminal, Arbitration and Procedural Legislation. According to the committee, such practice could increase the risk of judicial errors.

Reducing the caseload coming from Russia
Despite these official protestations agaist the protocol, Russia’s refusal to ratify it, said Vdovin’s, is that it simply would work against the interests of Russian authorities.

“Russia is losing every case that is heard in Strasbourg, but the authorities cannot or will not want to stop human rights violations,” said Vdovin.

Meanwhile, the European Council and the European Commission will not have the wait and are trying to alleviate the Strasbourg Court’s overload before the protocol is finally ratified.

News reports floated in April indicated that Europe intends to spend EUR 1.9m to reduce the number of claims originating in Russia. This money will be used on educational programmes for Russian judges, prosecutors, police officers, lawyers and human rights defenders.

However, lawyers and human rights advocates in Russia doubt that the programme will have a serious impact on the number of cases involving their country. The overwhelming influx of claims filed with the European Court from Russia is, for the most part, the result of the subservient position that the Russian judicial system has in regard to the political interests of the day.

Comment by Bellona’s legal counsel Nina Popravko:
Protocol No. 14 to the European Convention for the Protection of Human Rights provides for a more comprehensive fulfilment of civil rights as guaranteed by Article 34 of the Convention. As was stated in Decree No. 174-rp of the President of the Russian Federation, signed on April 13, 2006, the Russian Federation asserts that it is signing the Protocol “under the condition of its further ratification,” however no particular deadline for that is found in the text of the decree.