What is the Biden Administration’s ’30 by 30′ climate plan?

Shortly after his inauguration., US President Joe Biden signed a number of executive orders aimed at tackling climate change. Among them was a little noticed directive to his administration to conserve 30 % of US lands and waters by 2030. The measure would help assure that some portion of America’s forests and sea resources be set aside to preserve biodiversity and for naturally absorbing atmospheric carbon dioxide.

Published on June 8, 2021 by Reinout Debergh 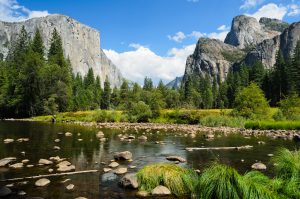 Shortly after his inauguration., US President Joe Biden signed a number of executive orders aimed at tackling climate change. Among them was a little noticed directive to his administration to conserve 30 % of US lands and waters by 2030. The measure would help assure that some portion of America’s forests and sea resources be set aside to preserve biodiversity and for naturally absorbing atmospheric carbon dioxide.

So how did the administration arrive at 30 %? In 2019, a group of scientists outlined an initiative to protect 50 % of the planet’s lands and waters by 2050. The 30 % figure, then, is just a way station on the road to bigger goals.

Still, getting there may be tough. At present, only 12% of US lands and 26 % of its waters are federally protected. The political response to this hasn’t been altogether flatfooted. Even though those figures may appear small relative to where the Biden administration would like to be nine years from now, they were achieved in only a few decades worth of gradually expanding protected areas.

Indeed, the US stands to reach its water protection goals within a few years. Protecting lands poses a bigger challenge.  In order to reach 30%, an additional 440 million acres or about 1.8 million km² need to be protected. That’s an area that’s twice the size of Texas and about five times bigger than Germany.

Encouragingly, over the past two years, one of  New Mexico’s congressmen, joined by one of its Senators, have introduced non-binding resolutions in support of 30 by 30 targets.

Why is this goal so important?

The time is ripe for that resolve. A 2019 UN report warned that, thanks to human pressures like climate change, a million species will near extinction over the next few years. The knock-on effects of that would imperil human beings and many more of the earth’s life forms.

The goal would also represent an important step toward environmental justice. Numerous studies have shown that economically marginalized communities have little access to green spaces and coastlines. Boosting to the amount of protected and conserved land in the United States would bring these groups closer to the benefits of nature.

And while natural carbon removal should not be considered a substitute for developing and deploying emissions-free energy sources, conservation areas are often cheaper and faster than other climate mitigation efforts.

So, what are the challenges to reaching the 30 by 30 goal, and how can they be met?

This concept refers to the need to protect at least some of every major ecosystem.  It is not enough to just randomly pick a plot of land or allocate the 30% to one particular region. It matters which 30% get chosen. How, then, do we choose what type of land to consider protecting? This should be a science-driven effort based on indicators related not only to how many endangered species live on a particular plot of land, but how much carbon this land can store. Social factors must also be considered as well, as we shall see.

The establishment of Yosemite or Yellowstone, the first US national parks brought the displacement, massacre and assimilation of Native Americans. Further efforts to put land under federal protection will likely be viewed skeptically by these communities. So it’s vital that the 30 by 30 program aim to create trust from the outset. That Deborah Haaland, Biden’s Secretary of the Interior, is herself is Native American might also help.

What’s more is that 74 percent of communities of color have less access to nature when compared to US wide medians. That the case for only 23 percent of white Americans.

When selecting areas for conservation, these inequalities must be taken into account.

Around 70% of US land is privately owned by individuals or businesses. That means that dialogue with private landowners and farmers will be crucial. While 75% of voters in five Western states – Arizona, New Mexico, Colorado, Montana and Nevada –  support the 30 by 30 target, they also have relatively high shares of federal land. In states like Nebraska, where only 1 % of land is federally owned, there’s opposition to what many voters there see as a land grab and federal overreach. Clarity and transparency can help overcome opposition.

Other options to consider are so-called conservation easements, which are voluntary legal agreements between a landowner and a land trust or government agency. This limits the use of land and offers financial benefits for the landowner. Almost 33 million acres of US land are now conserved through such easements.  Much of this land, however, does not have public access.

Some 86% of US voters somewhat or strongly support the 30 by 30 goal, including 76% of Republican voters. At first glance, the initiative appears non-partisan. But if another figure from Donald Trump’s mold is elected in the future, that could spell trouble. Trump, we will recall, was the first US president to remove more public lands than he protected.

Second, any president’s executive orders are easily overturned by their successors. That’s precisely what Biden has done many of the orders issued by Trump. While Biden can exercise  the US Antiquities Act to designate monuments on land or sea without congressional approval, a future president could easily reverse his efforts. Therefore, it critical that Biden’s administration and push for congressional action to assure that the 30 by 30 effort lasts beyond the term of his presidency.

Conserving 30% of US lands and waters will cost money, and lots of it. The National Park Service wants to buy 1.6 million acres of land under 30 by 30 – but that alone would cost $2 billion. In order to reach the program’s goal, the service need to buy 250 times that.  The needed funding will have to come either from private sources or from public sources, such as taxes or by redirecting government subsidies that harm the environment. For example direct subsidies to the fossil fuel industry cost the US an estimated $20 billion annually.

Overall, it is clear that reaching the30 by 30 goal will be challenging. But it is a highly important goal and fulfilling it would make a significant difference. Key aspects will be cooperation with key stakeholders, transparency, continuous government support beyond single presidential terms and funding.