General Motors to start selling only electric vehicles by 2035

General Motors, one of America’s biggest automakers, has announced plans to end the sale of gas- and diesel-powered cars, trucks and SUVs by 2035 and shift its entire fleet to electric vehicles as part of a broader plan to become carbon neutral by 2040, the company said last week.

Published on February 3, 2021 by Charles Digges 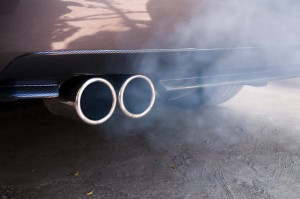 General Motors, one of America’s biggest automakers, has announced plans to end the sale of gas- and diesel-powered cars, trucks and SUVs by 2035 and shift its entire fleet to electric vehicles as part of a broader plan to become carbon neutral by 2040, the company said last week.

The company, one of Detroit’s “Big Three” automakers, further plans to produce electric vehicles by powering its US-based production lines entirely with renewable energy by 2030, and its global facilities by 2035 – five years ahead of its previous goal.

The announcement came just one week after President Joe Biden signed sweeping executive orders that prioritize action against climate change across all branches of government in an attempt to put the US back on track to curb planet warming emissions.

The announcement is likely to pressure on automakers around the world to make similar commitments. It could also embolden President Biden and other elected officials to push for even more aggressive policies to fight climate change. Leaders could point to G.M.’s decision as evidence that even big businesses have decided that it is time for the world to begin to transition away from fossil fuels that have powered the global economy for more than a century.

The news will also send shock waves through the auto industry, which, between car and parts makers, employed about one million people, by far the biggest manufacturing sector in the US economy, in 2019, the New York Times said. It will also have huge ramifications for the oil and gas sector, whose fortunes are closely tied to the internal combustion engine.

GM chief executive Mary Barra, who antagonized many climate experts by embracing President Donald Trump’s relaxation of fuel efficiency targets, said in a statement that the company now wants to lead the way to a greener future.

“As one of the world’s largest automakers, we hope to set an example of responsible leadership in a world that is faced with climate change,” Barra said on LinkedIn.

GM has said it would invest $27 billion in electric vehicles and associated products between 2020 and 2025, outstripping its spending on conventional gasoline and diesel vehicles. That figure includes refurbishing factories and investing in battery production in conjunction with LG Chem, a South Korean battery maker.

As part of its plan, GM ­– maker of Buicks, Cadillacs, Chevrolets and Corvettes, among others – will manufacture about 30 types of electric vehicles. By late 2025, about 40 percent of the company’s U.S. models will be battery-powered electric vehicles, the company said.

The electric-vehicle industry has grown exponentially in the past decade but still represents less than 2 percent of automobiles sold in the United States. Global electric-vehicle sales grew in 2020 even while the rest of the car market suffered from the economic fallout of the coronavirus pandemic. The International Energy Agency projects that the global number of battery-powered and hybrid vehicles could increase from just over 5 million to nearly 140 million by 2030.

President Biden said he wants the country to lead the global effort to cut the pollution that is driving climate change and speeding the planet toward environmental catastrophe. As part of several actions, Biden signed an executive order that calls for the federal fleet of approximately 645,000 vehicles to be converted to electric power. He has also vowed to expand charging stations for electric cars, revise and extend electric-vehicle tax credits and tighten fuel economy standards for gas-powered vehicles.

Other government action both in the US and around the world has also pushed the auto industry toward electrification. California, the world’s fifth-largest economy and the state most responsible for the American car culture, will stop sales of gasoline-powered automobiles within 15 years, Governor Gavin Newsom announced in September.

The United Kingdom plans to stop the sales of cars and vans powered by gas and diesel by 2030, five years earlier than planned. Germany, the Netherlands, and Ireland plan to phase out the sale of traditionally powered vehicles by the same year, with France to follow in 2040.

Norway, which plans to halt sales of internal combustion engines by 2025, has already seen electric car sales outpace their gas-powered counterparts, with 54 percent of new cars sold in 2020 being fully electric.