US President Joe Biden will Wednesday sign a package of executive orders that elevate climate change at every level of the government in a move the administration says will place the United States on path to reduce its share of planet warming emissions.

Published on January 27, 2021 by Charles Digges 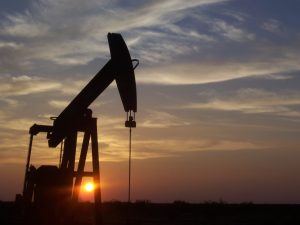 US President Joe Biden will Wednesday sign a package of executive orders that elevate climate change at every level of the government in a move the administration says will place the United States on path to reduce its share of planet warming emissions.

Taking the first significant steps toward one of Biden’s boldest campaign promises, the orders will direct the secretary of the Interior Department “to pause on entering into new oil and natural gas leases on public lands and offshore waters to the extent possible” while beginning a “rigorous review” of all existing fossil fuel leases and permitting practices, according to a fact sheet provided by the White House.

Biden will also direct federal agencies to eliminate fossil fuel subsidies “and identify new opportunities to spur innovation.” The overhaul of these tax breaks to oil, coal and gas companies – a central campaign promise – are worth billions of dollars a year. Those funds would now be used to help power Biden’s $1.9 trillion climate change plan. Both plans are expected to face steep opposition in Congress.

Wednesday’s executive orders also set broad new foreign policy goals, including specifying that climate change, for the first time, will be a core part of all foreign policy and national security decisions.

Around a quarter of the US’s greenhouse gas emissions comes from fossil fuel production on public lands and it is estimated that a national ban on leasing would reduce carbon emissions by 280 million tons a year by 2030.

Oil and gas industry leaders signaled that many of Biden’s plans would face steep opposition, while environmental groups called the changes long overdue, particularly after four years in which the Trump administration mocked climate science and opened up almost all federally owned land to drilling, a move decried by environmentalists and Native American tribes.

The administration said the climate actions will build modern and sustainable infrastructure while restoring scientific integrity in the federal government. The orders further the president’s agenda to cut carbon emissions from the electricity sector by 2035 and achieve net-zero emissions by 2050.

The orders will also direct the Department of the Interior to conserve 30 percent of the nation’s land and waters by 2030 and to identify ways to double offshore wind production by that same deadline.

Wednesday morning, former Secretary of State John Kerry, Biden’s international climate change envoy, told the New York Times that he wants to see the United States announce new, more ambitious emissions targets “at or before” a summit that Biden intends to host on April 22, which is Earth Day, although he declined to put numbers to those targets.

“That’s pretty high gear,” Kerry said, adding, “The United States needs to be as ambitious as possible, because our credibility has been tarnished in these four years we have been absent.”

Biden’s new set of executive orders, dubbed “climate day” by environmental campaigners, adds up to one of the most wide-ranging efforts ever taken by a US president to tackle the climate crisis, building on his decision last week to re-enter the Paris climate agreement, which was abandoned by Trump.

The White House will also have an office of domestic climate policy to coordinate Biden’s climate agenda alongside a national climate taskforce that will comprise of 21 government agency leaders to adopt a “whole of government” approach to reducing emissions.

“This is the single biggest day for climate action in more than a decade, and what makes it all the better is that President Biden and Vice-President Harris are just getting started,” Gene Karpinski, president of the League of Conservation Voters, said in remarks reported by The Guardian.

The United States has struggled to meet its promises under the Paris Agreement, the agreement among nations to fight climate change.  Under the terms of the agreement, the US had pledged to slash emissions up to 28 percent below 2005 levels by 2020. Nevertheless, Biden’s orders will kick off a process to develop new and more ambitious targets that will be announced in advance of a major United Nations summit at the end of the year.