Vis menyen
Bellona.org > Latest News > Climate change > To DECC or not to DECC, that is the question

To DECC or not to DECC, that is the question

Published on February 4, 2020 by Bellona Europa 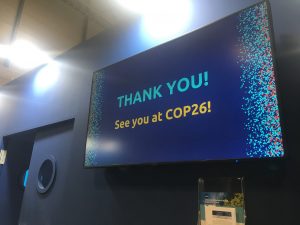 As far as important weeks in climate politics go, this one Is set to be big.

Claire O’Neill’s unceremonious sacking last Friday may have caught some by surprise, but anyone watching Number 10 with a keen eye in recent weeks will have been able to tell you that the winds of change have been afoot for quite some time. Quite simply (and quite quickly) climate change has become one of the core issues at the heart of Conservative policy-making. How crucial it is then that today’s Prime Ministerial COP26 Launch Event and the long-awaited reshuffle later this week set the government on the right track.

Theresa May’s parting gift of June last year forever altered the climate policy landscape of Britain. Commentators frequently tell us that the ‘net zero’ agenda will touch every part of the economy and every part of society. Only now is the reality of this starting to sink in for politicians in government, not that there seems to be any sign of the realisation causing any sort of climate backlash. Yet.

By 2050, having a net zero economy will mean that all aspects of human activity need to emit next to no carbon dioxide. The challenge of getting to zero in sectors from aviation to farming merely stresses the necessity of implementing every available measure, not just in terms of the technologies that avoid and reduce emissions across our economy today but also in terms of the sometimes-controversial carbon removal technologies needed to balance the (emissions) books and put the ‘net’ in net zero.

Climate policy needs to deliver the new technologies and infrastructures to make industrial production clean, boost new modes of transport and generate clean electricity and heat for homes businesses up and down the country. All whilst ensuring that the transition itself is environmentally and socially just, that costs are borne fairly, that jobs are protected and/or created, that new green markets are developed, that freedom of choice is preserved, and that fundamental services, such as health care, are – at a minimum – maintained at current standards.

If governments are to even get close to achieving all of the above, then institutional evolution and a willingness to operate pragmatically and not dogmatically will undoubtedly have played a part.

A tale of two reshuffles

This morning, together with Sir David Attenborough, the Prime Minister officially launched COP26 at the Science Museum in London, the home of human ingenuity, which indeed will be needed in vast quantities to tackle the current climate emergency. Between accelerating the phase out of combustion engines, pushing for cleaner technologies and greater public understanding of the implications of climate change, the overarching theme of the Prime Minister’s statement this morning was the portrayal of a post-Brexit, internationalist, innovative Britain under a conservative leadership that will “restore the balance between humanity and nature”. As Britain led the world in the industrial revolution, the Prime Minister seeks to lead the world by encouraging other major economies to follow towards net-zero.

How then plans the government to deliver on this bold new ambition? Task a new super-Department and a trusted friend with the whole brief and hope for the best; take direct ownership of the major projects and initiatives required to set the UK on the right path; wrap-up the domestic brief with the international diplomatic role of the COP President; or continue with the current model of dispersed Departmental ownership and an independent COP unit? While today’s speech gave some indication of the Prime Minister’s positioning of Britain at the helm of climate action in 2020, questions about what must be one of the most-challenging structural decisions facing Number 10 remained unanswered. Yet, the reshuffle later this week certainly will provide the final clarity.

Climate action has never been an isolated policy; it has always affected and been affected by areas beyond its immediate application.

Ten or twenty years ago climate policies primarily revolved around the transition to cleaner energy sources, its respective departmental bundling, within DECC for example, therefore made sense. Increasingly though, transitions in other sectors, such as transport, industry and agriculture, are being coming to the fore. In a net zero climate policy trajectory, actions in these areas need to be accelerated significantly, which will inevitably have impacts and implications on other sectors, for example relating to social security, education, nutrition and healthcare.

As politicians recite buzzwords like ‘synergies’ and ‘sector coupling’, government policy and institutions need to mirror the comprehensive and trans-sectoral character of net zero climate action. Therefore, rather than singling out climate policy in a potential reshuffling of the government’s institutional structure, climate action needs to become an embedded, integral, core part of governmental culture across departments.

In Germany, all key government departments have divisions on climate policy, albeit to varying degrees. While the fundamental and international climate policy is organised through the ministry of the environment (BMU), national climate policies targeted at specific sectors are implemented directly in the respective department. At the ministry for economics and energy (BMWi), the climate division is located in the directorate general on industry policy. Policy measures on electromobility, its infrastructure and urban planning to reduce pollution are addressed at the ministry for transport (BMVi). For agriculture (BMEL), climate and climate impact issues are directly linked with sustainability questions and environmental protection. Also, the finance ministry (BMF) has subdivisions on financial questions regarding the cost of environmental and climate protection and runs the financial administration of climate funds and subsidies.

But is this a good model that leads to productive, efficient and consensual policy making?

Arguably, having such climate divisions split across departments merely contributes towards a blame culture, where each Department simply operates on the basis of how it perceives its own mandate from the electorate. Considering Germany’s sluggish energy and mobility transition, let alone industry decarbonisation, one could argue that a single, central climate department may have been more effective.

Conversely, the split-mandate approach does offer a way of utilising existing expertise within specialised departments to ensure climate policies are appropriate on a technical basis. For example, technical experts committing to sector-specific initiatives on the basis of best-available technology and forthcoming technical innovation, ensuring policy is economically and socially appropriate.

As currently seen in Australia and elsewhere, climate change comes with a massive cost for everyone. Climate action, however, is an investment in which the returns can benefit all of society. Compatibility with net zero should be the ultimate test against which every new policy decision needs to be assessed. By developing an institutional approach to climate action – learning lessons from the DECC days of old and ensuring that centralisation doesn’t detract from the process of embedding net zero across government –  the UK, as the first major economy embarking towards net zero by 2050, can become the paragon of climate action, not just in terms of policy but also institutional policy-making.