As monster storms inundate coastal cities and rising temperatures parch farmlands and fan wildfires, farmers of the future will wish there was some formula to till dry sand.

Published on September 7, 2017 by Charles Digges 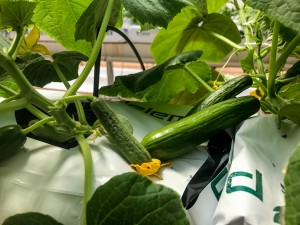 Cucumbers grown in the sci-fi setting of the Jordanian desert. (Photo: Frederic Hauge)

As monster storms inundate coastal cities and rising temperatures parch farmlands and fan wildfires, farmers of the future will wish there was some formula to till dry sand.

A vision of plowed sand dunes sprouting edible greenery might seem like a snapshot from the voyages of the Starship Enterprise. But this week, Bellona’s Sahara Forest Project and the Norwegian government, helped bring a version of this sci-fi vision to the deserts of Jordan.

On Wednesday, Norway’s Crown Prince Haakon and Environment and Climate Minster Vidar Helgesen joined Jordan’s King Abdullah II and Bellona President Frederic Hauge to munch on cucumbers grown in the arid sands around Aqaba – a 30-degrees Jordanian port town that gets virtually no rain most of the year.

And by all accounts they tasted great. 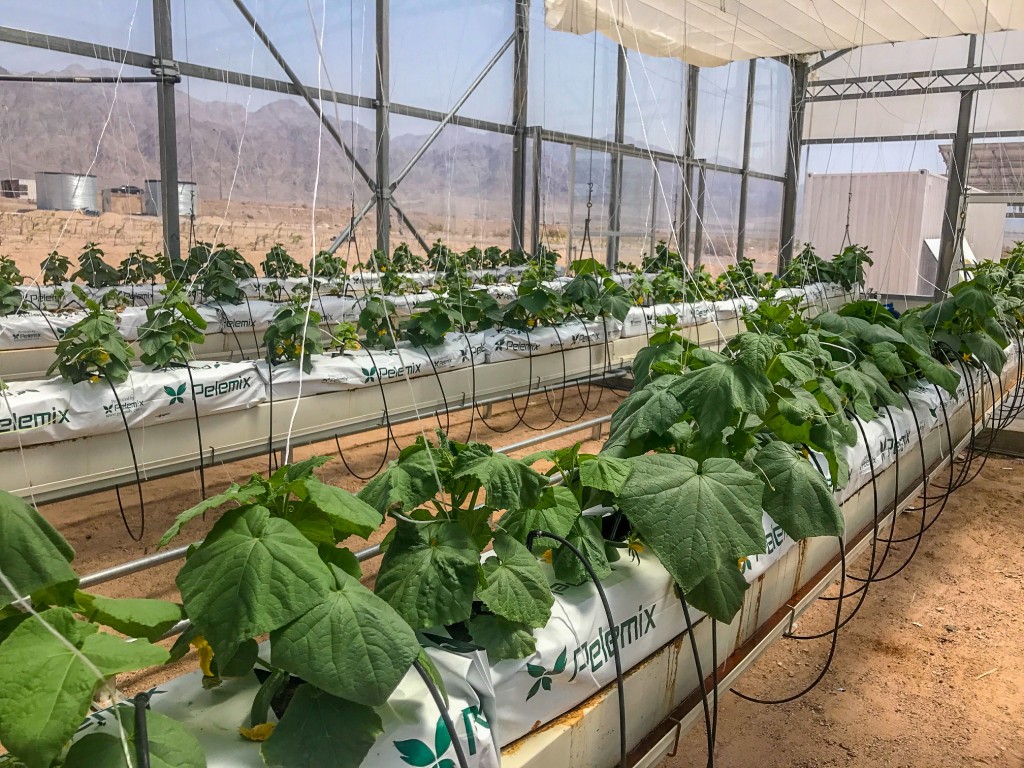 For both Hauge and his brother Joakim, the Sahara Forest Project’s CEO, it was a proud moment.

“This is an important contribution to solving the climate crisis,” said Helgesen.

Granted, it’s not as simple as digging a hole in the sand and dropping in a seed. The Sahara Forest Project, with help from the EU, the United States and Norway has spent the last eight years bringing a lot of technology to bear.

It’s the kind of technology that makes the most of the harsh local environment. Begun as a pilot project near Doha, Qatar in 2009, the Sahara Forest Project opened in its new home in Jordan on Wednesday.

Cucumbers grow in greenhouses cooled by water pumped out of the sea. Solar panels harness the baking sun for the power to desalinate the seawater. Carbon dioxide is put to use re-vegetating desert sands, which helps make growing and harvesting carbon negative. The process yields 10,000 liters of fresh water a day, and produces 130,000 kilograms of vegetables a year.

“It is a circular economy, where the waste from production is also used,” explained Joakim Hauge. 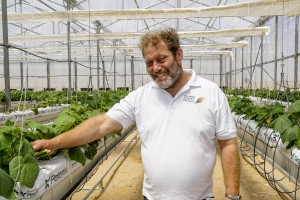 Everything is gets used. Surplus water goes toward cultivating more desert area. Even the salt pulled out of the seawater has value.

And the Sahara Forest Project arrives not a moment too soon.

According to recent United Nations estimations, deserts are expanding 30 times faster than at any time in history. In Africa, where the worst effects of climate changes are already visible, millions are on the move in search of arable land. With the world’s population expected to top 9 billion in 2050, land for food growth is growing scarce.

The desert greening is poised to catch on. In addition to Jordan, the Sahara Forest Project is considering expansions to Australia and Tunisia.

“This is just the start of something really big,” Frederic Hauge said. “In a few years this will mean a lot to many people.”

And it’s not just the food. The technological advances and the exchange of know-how create local jobs. It also focuses the attention of international entrepreneurs, researchers and scientists, and will turn Aquaba into a mecca of green innovation and education. This, in turn, will lead to sustainable solutions for Jordan’s food, water and energy challenges.

Helgesen highlighted the Sahara Forest Project’s importance for Norway as well. The country has put 17 million of the 32 million kroner ($4.1 million) the project has so far cost. 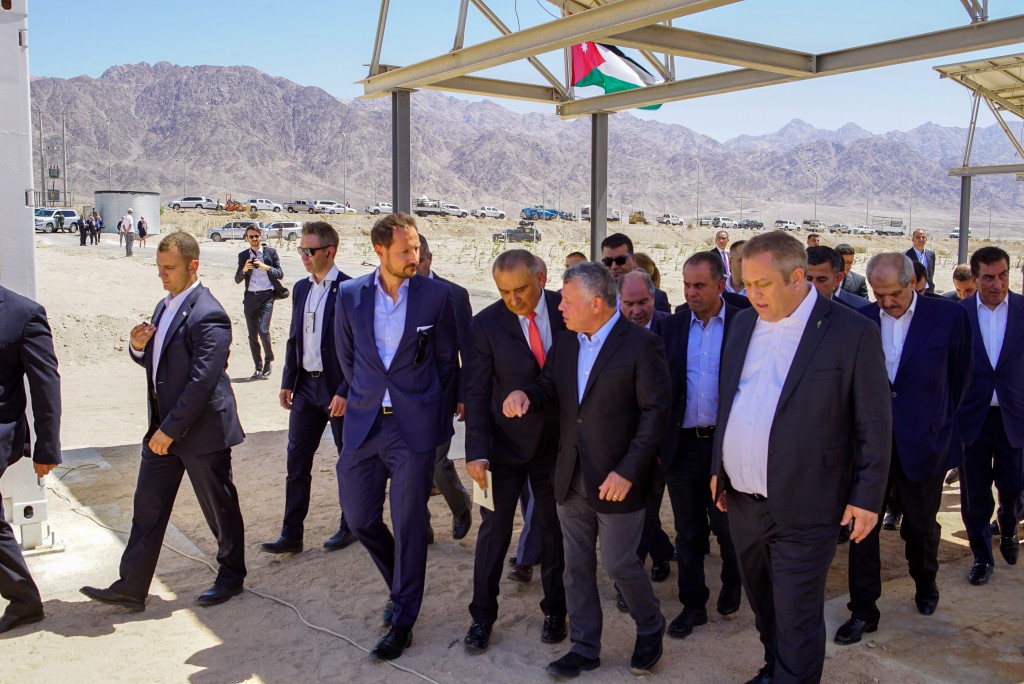 Helgesen decided to travel to the Sahara Forest Project’s Jordanian debut to raise the project’s profile and draw in more investors – and he noted that the cucumbers matched the best available in Europe.

The project also has Royal support as well. Both King Abdullah II and Prince Haakon have been boosters.

But the project, said Joakim Hauge, is designed to take root and grow on very little.

“In terms of infrastructure, we obviously need roads and such,” he said. “But it’s not so advanced – just look around at where we are now.”