During Hurricane Irma, it’s safer not to mention climate change

After the devastation wreaked by Harvey on Houston – destruction well in line with climate scientists’ predictions – you might have expected the US political class to take sober account of those expert warnings as Irma plowed into Florida on Sunday and sent more people than live in Norway fleeing for their lives.

Published on September 11, 2017 by Charles Digges 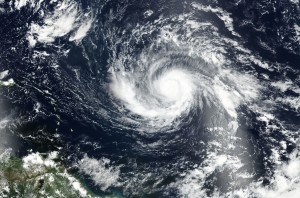 After the devastation wreaked by Harvey on Houston – destruction well in line with climate scientists’ predictions ­– you might have expected the US political class to take sober account of those expert warnings as Irma plowed into Florida on Sunday and sent more people than live in Norway fleeing for their lives.

You would have been wrong.

Instead, America was lectured by Scott Pruitt, the Trump-appointed head of the Environmental Protection Agency, on how it would be “insensitive” to the millions of newly homeless Florida and Houston to mention climate change at all.

The conservative commentariat fell into step. Rush Limbaugh, a hugely popular right wing radio crank accused meteorologists of hyping the threat posed by Irma for political and economic reasons. Hurricanes, he charged, were part of a liberal conspiracy to boost the sale of bottled water and batteries. 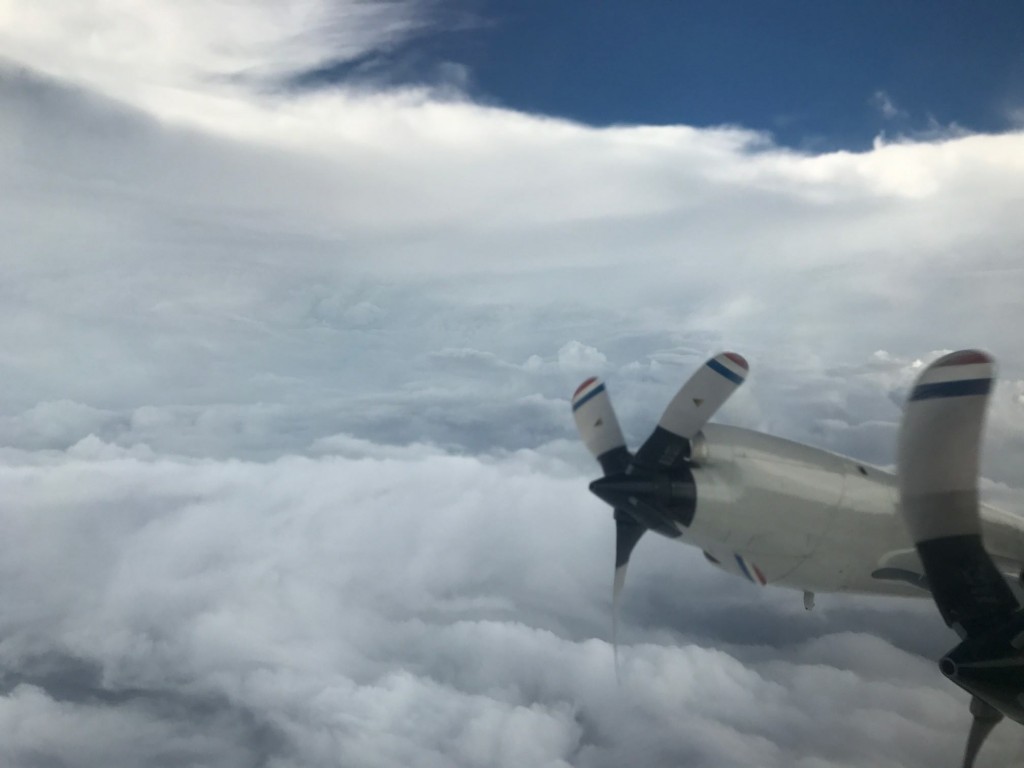 That might be funny if Limbaugh didn’t have the ear of anyone in authority, but he does: Rick Scott, who, as the republican Governor of Florida, is in charge of his state’s response to Irma, thinks global warming is a hoax as well. His state, whose economy relies on booming beachfront development, famously refuses to fund scientific research proposals containing the term “climate change.”

Limbaugh’s voice doesn’t stop there. It reaches into the White House, to which Donald Trump ascended by telling roaring crowds he would “rip up” the Paris Climate agreement, which he did in May. And Limbaugh’s voice is tuned in further afield by voters in Florida and Texas, whose overwhelming support helped tip the bitter 2016 election in Trump’s favor.

Meanwhile, the term “climate change” has become so charged and toxic that deciding not to mention it is – ironically – to the benefit of public safety. 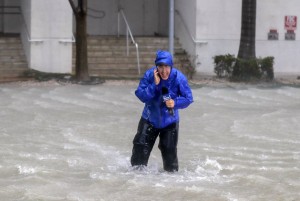 The Weather Channel, the cable network on which 20 million Floridians were relying for accurate information about where Irma would hit, made a choice not to discuss man made global warming in its coverage of Irma or Harvey.

But that wasn’t because, like Limbaugh or the White House, its executives think climate change is a put up job create by the Chinese to cripple American industry. It’s because they know that many of their viewers do.

Over the past 17 days, during which the channel sent camera crews to brace against 220-kilometer winds on the beaches of Florida and ply Houston’s sunken highways in dinghies, the network took care not to offend its right wing viewers with what they might see as political terminology.

In an interview with The New York Times, Nora Zimmet, the assistant vice-president of The Weather Channel’s live programming, hinted at how carefully their hurricane coverage had to side-step telling viewers what they didn’t want to hear.

“We try to find ways to educate people without isolating people,” said Ms. Zimmett. “To show it through science is less alienating than saying that everyone needs to become a vegan or methane is going to kill us all.”

In other words, to guild millions of people to safety, the network couldn’t fully describe to them the monster they were fleeing.

To do this, the Weather Channel had to turn its back on some of the deeper dives it has produced to educate viewers on the risks of climate change in the past.

A recent series, “Vanishing America,” examined cities “threatened by the effects of a changing landscape.” On the network’s morning show, animated segments dramatized the findings of a recent study on sea level rise from the National Oceanic and Atmospheric Administration.

And in March, the network geared up against the EPA’s polluter friendly Scott Pruitt after he told a television audience he didn’t believe carbon dioxide contributed to global warming. The network took to the air with a rebuttal. 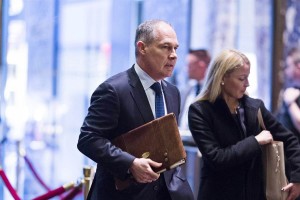 Scott Pruitt before his first meeting with Donald Trump at Trump Tower in New York. Credit: Still from NBC News

For now, though, even those forays by The Weather Channel into hard science aren’t penetrating. Members of Congress representing those made homeless in Texas proudly told E&E News they weren’t considering climate change while they turned their attention to rebuilding. Such questions, said Texas congressman Kevin Bradley, were “political.”

Unsurprisingly, when Republican lawmakers see only politics in science, those they represented aren’t likely to see much beyond that either. A 2015 study in the journal Climatic Change found that events like heat waves, droughts, flooding, and hurricanes aren’t pushing them to see climate change as much of a danger.

Which brings us back to Rush Limbaugh, who urged Floridians to scoff at disaster even as he himself fled his mansion near Miami.

The current cynical moment in American politics suggests that conspiracy theory rationalizations are actually right – but it’s Washington that is running the conspiracy. As the waters recede, the American political class may find it has to offer the public something that floats better than tinfoil hats.