An agreement was reached earlier today, 27 April 2016, between the German government and car making companies Volkswagen, Daimler and BMW, for the introduction of an incentives scheme which will see electric vehicle (EV) buyers receiving a direct cash subsidy of €4,000. Only vehicles with a net price tag below €60,000 would be able to benefit from this scheme, which will commence in May 2016 and run for two years on a first-come, first-served basis. The support scheme is expected to result in an additional 400,000 EV sales in the coming years. 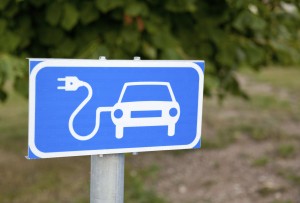 In addition to receiving cash subsidies, EV drivers in Germany would also be exempted from annual automobile license taxes for a period of 10 years, provided they were purchased before the end of 2020. Commuters who recharge their EVs at work would not have to declare this as an accrued benefit for purposes of income tax reporting. The €1 billion programme also includes funding in the amount of €300 million targeted for the roll-out of the country’s fast-charging stations.

“While the right incentives will vary depending on the country in question, tax reductions and usage incentives have tended to be more effective than direct subsidies, namely because of the latter’s unsustainable nature in the long run” comments Teodora Serafimova, Policy Adviser at Bellona Europa.

In the coming months we are likely to see the rest of EU countries announcing similar EV incentives schemes and strategies for the deployment of their EV recharging networks in the lead up to November 2016, when countries are expected to present to the Commission national policy frameworks for the transposition of the Alternative Fuels Infrastructure (AFI) directive.

Bellona’s latest brief ‘Attaining an interoperable EV recharging infrastructure in Europe’ provides a number of recommendations for the interpretation of the directive so as to ensure its uniform implementation across EU countries.

The costs of the German scheme are to be shared equally between the government and the car making industry.

“Europe’s car making industry getting off the brakes on electro-mobility and embracing it is a welcome step forward” says Serafimova.

There was an overwhelming consensus over the inevitability of transitioning to electric transport during the panel discussions of last week’s high-level inaugural event of the European Platform for Electro-mobility, of which Bellona is a founding member.

Germany’s new EV support scheme comes shortly after the release of the Emissions Analytics report revealing that roughly 97% of all modern diesel vehicles produce more health threatening NOx emissions on the road than the official limit, with a quarter exceeding the limit by at least six times.