PARIS – After two weeks of negotiations at what is seen by many as the make-or-break climate summit in the UN process, France has put a final draft of the deal that keeps world temperature rise “well below 2C” before ministrers for adoption.

PARIS – After two weeks of negotiations at what is seen by many as the make-or-break climate summit in the UN process, France has put a final draft of the deal that keeps world temperature rise “well below 2C” before ministres for adoption.

Fabius said deal was fair and “legally binding.” The UN and the French Presidency of the conference worked feverishly overnight to deliver the draft. It now lies with 195 foreign and environmental ministers to decide whether to approve the text.

Delegates initially planned to reconvene at 3:45 p.m. local time to discuss the text’s approval. But Hallstein Havåg, Bellona’s director of policy and research who is at Le Bourget observing the final hours, said ministers had asked to postpone further discussion until 5:30.

If the final draft is adopted, it will be the first time ever all of the world’s countries would collectively pledge to reduce their emissions. The agreement would come into effect in 2020. The 1997 Kyoto Protocol, on which the Paris agreement is modeled, only applied to wealthy nations.

Fabius said endorsement of the pact would represent “a historic turning point.”

“It confirms our key objective, the objective which is vital, that of continuing to have a mean temperature well below two degrees and to endeavor to limit that increase to one point five degrees,” he told countries, according to transcripts of his remarks.

If the text fails among the ministers, talks could run into Sunday.  But many delegates were confident a deal was imminent, according to reports within Le Bourget.

Bellona’s Hauge said “[Fabius] has raised the bar very high – the prestige of France is at stake, and it will be a political turning point if this text remains intact.”

Some of the most important points of the current text include holding the world to a long-term ambition of reigning in global temperature increases to no more than 1.5 C above preindustrial levels. This sets a much tougher standard than the 2C limit spelled out in 2009 at the Copenhagen climate summit.

The draft also contains a request for countries to revisit their national climate plans in 2018 before they come into affect post-2020. They would next be reviewed in 2023, and new commitments revisited in 2025, and every five years from there on.

Hauge had emphasized the need for reviews every three, years, but said the draft presented a fair compromise. 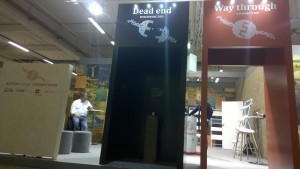 However, national emissions reductions proposals on the table still fall short of the 2C goal, the threshold at which scientists believe the most catastrophic effects of climate change could be avoided.

But Fabius said the five-year review period would allow individual countries to ratchet up their efforts. This, said Hauge, would involve reviewing the kinds of renewable and technological mix each country deploys to fulfill its promises.

“Technology is moving so quickly, and solar and wind and other renewables becoming so cheap that these review periods will allow countries to adjust strategies to move toward carbon negative,” Hauge said.

The draft also includes mechanisms to make sure sufficient aid is mobilized to help poor countries transition their economies to cleaner energy sources and cope with global warming, he said.

This will come in the form of financing from wealthy nations worth $100 billion a year beginning in 2020, said Fabius. This figure, he said, would be the “floor” allowing for additional investment.

Fabius said the new text was the “best possible balance” and would enable each delegation to “go back home with its head held high.”

“The world is holding its breath,” he said. “It is counting on all of us.”

But the draft fails to mention a timescale by when a full phase out from fossil fuels must occur. The previous draft circulated at Le Bourget had said parties would work “toward reaching greenhouse gas emissions neutrality in the second half of the century,” The Guardian newspaper’s live updates of the deal reported. This draft does not.

If this remains unaddressed, Hauge said  “world politicians cannot ignore the development of technological solutions on a large scale to suck more CO2 out of the atmosphere than is emitted.”

“Now they have to deliver on what the climate scientists in the [Intergovernmental Panel on Climate Change] has demanded in Paris,” said Hauge, saying a place for carbon capture and storage must be carved out alongside promises for higher reliance on renewables.

Fabius had wanted an accord to be concluded Friday, but had to give the negotiators more time to search for compromises on issues that have bedeviled international climate talks for decades.

Hopes are high for the historic deal but countries could still raise objections.