While the Norwegian government lags behind in terms of climate action, the recently elected Oslo city council is taking its climate responsibilities seriously, says Hallstein Havåg, Director of Policy and Research at the Bellona Foundation, in reference to Oslo’s newly adopted climate action plan.

Published on October 28, 2015 by Bellona Europa 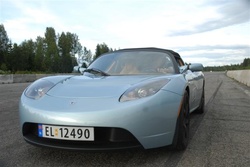 “These are clear and ambitious climate targets. With this plan, Oslo can become one of the forerunners in climate friendly city planning”, comments Havåg.

Among the planned measures are cuts in greenhouse gas emissions by half by 2020; concrete measures to reduce car traffic; the construction of a new underground metro tunnel  and the development of a responsible public ownership plan. While the planned emission reduction cuts are ambitious, they are feasible (see further measures below).

“It is far too seldom that one sees concreate measures taken in politics, rather than merely big promises. Oslo city council explicitly notes their planned measures will prioritise pedestrians, cyclists and public transportation; they will also ensure restrictions on private cars and cut local air pollution dramatically. We expect the adoption of effective measures to foster the uptake of zero emission vehicles across the whole country, and not only in the city centre. Of course, these measures should have been undertaken a long time ago, as they are of crucial importance to human health, the environment and the well-being of our capital, says Havåg.

The Volkswagen scandal unveiled a common practice of manipulated emission testing results across the whole car maker industry, but it also underlined the fact that car makers are finding it increasingly difficult to attain emission reductions. Fostering the uptake of electric vehicles offers one of the best means of decarbonising the transport sector, and EU Member States have a lot to learn from the Norwegian experience when it comes to putting in place favourable fiscal and regulatory incentives.

Further measures that Bellona welcomes particularly strongly include the progression of carbon capture application at the waste incineration facility at Klemetsrud just outside Oslo city. The waste management facilities are responsible for 10% of the annual CO2 emissions in Oslo, illustrating the major emission reduction potential. Through the new city council plan, Oslo is putting pressure on the Norwegian government to intensify its efforts towards CCS deployment.

“The Oslo city council has succeeded in taking more significant steps towards pushing CCS forward only within a couple of weeks time than the national government has managed in the course of two years of postponing decisions and further reports, says Havåg. A 50% cut in greenhouse gases by 2020 is dependent on realising a carbon capture plant at the Klemetsrud facilities. Bellona fully supports this, and is convinced that the national government likewise acknowledges the benefits of realising such a milestone project in the Oslo region.

This goes without saying, but Bellona will be closely following future developments to ensure that the good intentions become reality.

“The action plan is great news, however the real work starts now. Bellona will closely follow the implementation of the plan. Several of the measures are not associated with any additional costs, and should therefore be possible to realise fairly soon, says Havåg.