On 12 November 2014 China and the US jointly announced ambitious commitments to undertake deep greenhouse emission reductions. China pledged to peak its CO2 emissions by 2030 and to achieve 20% of its primary energy from non-fossil fuel energy sources. Despite these ambitious commitments, China’s deployment of coal energy has continued growing throughout 2014. Carbon Capture and Storage (CCS) technology might be the only available means to counter the long-term climate effects of these developments.

Published on March 3, 2015 by Bellona Europa 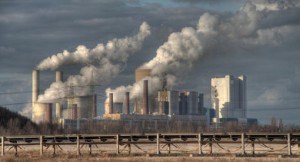 The EPA rules set out the first regulations for coal fired power plants ever in the US. (Source: Greenoptimistic.com)

While China’s climate change commitments and achievements with regards to uptake in renewables are to be commended, the latest report from China’s National Energy Administration shows that coal power plant capacity has continued expanding throughout 2014.

In fact, the report shows that the amount of new coal energy added to the Chinese grid last year exceeded new solar energy by 17 times, new wind energy by more than 4 times, and even new hydro by more than 3 times.

At first sight, these findings seem to be in contradiction with other recent reports which state that the total coal use in China fell in 2014 for the first time by about 2.5%. However, these trends are not inconsistent. Half of China’s coal use takes place outside of the power sector, in particular in heavy industries, which have reduced their coal use as exports fell in 2014 and the government introduced policies to withdraw subsidies to heavy industry. Moreover, the overall demand growth in the power sector reached a decade low but is expected to resume. These short-term developments, however, do not undermine the general trend of continued uptake in coal deployment in China’s power sector, which represents a growing share of China’s energy use.

The sustained growth in coal power plants leaves a heavy footprint on the earth climate, which even a peak in CO2 emissions by 2030 cannot compensate for. Consequently, China will have no choice but to ensure new and existing coal and gas power plants are equipped with CCS technology. CCS is the only available technology that can achieve sufficiently deep emission reductions in some energy-intensive sectors.

Alongside their commitments to undertaking ambitious emission cuts, the US and China announced plans to enhance cooperation in the field of CCS and to undertake a major project with enhanced water recovery in China. The materialisation of this project would form an important component of a business case for moving CCS forward in China as well as globally.