United Nations members have reached an agreement on how countries should tackle climate change at the summit in Lima, Peru, where 194 nations approved a framework for setting national pledges to be submitted to the anticipate Paris summit next year.

Published on December 14, 2014 by Bellona Europa 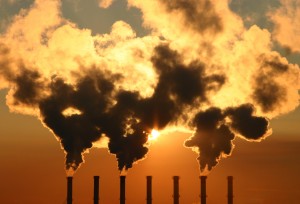 United Nations members have reached an agreement on how countries should tackle climate change at the summit in Lima, Peru, where 194 nations approved a framework for setting national pledges to be submitted to the anticipate Paris summit next year.

The deal gutted a formal review process for the post-2020 commitments that countries will make before Paris next year, and whether the Paris deal will be legally binding, were also kicked down the road.

The failure to address these issues have set storm clouds over the French capitol, where it’s hoped a worldwide deal binding on all UN countries would be set forth. That is now far from certain. On Saturday, US climate envoy Todd Stern – who has enjoyed a new authority at the UN talks thanks to a joint Chinese-America emissions agreement last month –warned that the deadlock in the negotiations threatened the chances of a new global deal next year, saying it would be seen as “a major breakdown,” BBC reported.

Today’s early morning deal in Peru – known as the “Lima call for climate action” – came after a day of deep divisions between developed countries and India, China and African countries over fundamental issues. Differences over the draft text caused the talks in Lima to run over by nearly two days.

Environmental groups have criticized the deal as a weak and ineffectual compromise, saying it waters down international climate rules.

Bellona President Frederic Hauge noted that it sets the world on a path for crashing through the 2 degree Celsius rise ceiling set by the UN’s International Panel of Climate Change (IPCC) as the point of no return.

“The top meeting in Lima should have been a boost in the global fight against climate change, but steers us instead toward four degrees of global warming,” he said.

Hauge said the world community must achieve it’s climate objectives if an ambitious agreement is to be reaching by the time the Paris meeting comes around – and that they must start at a sprint immediately.

“Holiday vacations and summer breaks for the world’s climate and environmental leaders should be very short,” he said.

Hauge nonetheless stressed that its positive countries finally agreed to inch forward by agreeing to Lima’s final text, which could save Paris from becoming a complete farce. What the Lima deal calls for

Despite a push back from wealthier nations – and China’s earlier defection from being spokesman for “developing nations, which, ironically, include Saudi Arabia – the final text laid a heavy burden at the feet of industrialized nations.

Much of this came when China back flipped from its earlier position and again aligned itself with the world’s poorest countries, and forced reintroducing language into the agreement emphasizing distinctions between developing and developed nations, distinctions the US and Australia fought.

The Lima call for action stipulates an “ambitious agreement” in 2015 that reflects “differentiated responsibilities and respective capabilities” of each nation; that developed countries to provide financial support to “vulnerable” developing nations; that national pledges be submitted by the first quarter of 2015 by those says that are “ready to do so;” that countries set targets that go beyond their “current undertakings,” and that the UN climate change apparatus report back on the national pledges in November 2015.

Hauge agreed with the Lima agreement’s concept of imposing more responsibility on rich nations as the only way to make significant advances in both climate mitigation, or trying to stem the emissions problems, and adaptation, or battening down the hatches against what is already here.

Will we always have Paris, or have politicians already lost it?

Hauge said there are still things to be salvaged from the Lima agreement to produce a workable agreement in Paris, but added the next year will constitute “an effort we have never seen before.” Instead of paving a road to a successful summit in Paris, “the Lima meeting created even more uncertainty about Paris resulting in a new climate agreement,” Hauge said.

And it’s not as if negotiators arrived in Lima with no momentum, said Hauge.

“Recent months have given much reason for optimism – the American-Chinese agreement could prove a quantum lead in international climate policy, and the EU has agreed to ambitious goals,” Hauge said. “Add to that the drastic fall in renewable energy prices, there’s no doubt negotiators have a lot of leeway – but it was a gift to politicians, but they let it pass.”

History of wobbly summits point to need for a standard

Copenhagen’s 2009 climate summer was a resounding disappointment. Since then, negotiations have made small and cautious steps toward a new climate agreement , with the 2011 UN summit in Durban, South Africa being the most influential. Warsaw’s summit last year produced little progress.

What Warsaw did provide, however, was the notion that all of the UNs 194 states submit their climate goals during the first three months of 2015. These national targets would then be included in the new climate agreement that Paris is bearing the burden for.

For this strategy to success, there need to be clear rules on how national goals are designed and evaluated. Should targets consist only of specific emissions cuts, or should funding to poorer nations for climate adaptation be included? How far into the future should these objectives continue?

Such were some of Bellona’s main questions in Lima, and Bellona is disappointed more of a consensus was not reached.

“Without a better common standard for what climate goals actually mean, we’ll quickly find ourselves in Paris comparing apples and pears,” said Hauge. “This must be avoided to achieve a strong deal.”

This article was written and reported by Charles Digges, Magnus Borgen, and Andreas Kokkvoll Tveit.