The European Commission has put forward its strategy to secure European energy supplies in the face of growing tension with Russia. Bellona is satisfied that the Commission has taken on board CO2 Capture and Storage (CCS) as central to attaining both energy security and climate objectives. 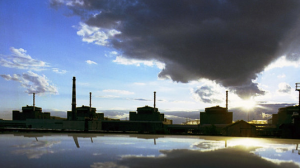 The Commission’s Communication on a European Energy Security Strategy highlights the need for increased use of indigenous energy production from both renewables and fossil fuels. Sustainable use of fossil fuels, both in electricity production and in industry, can only be achieved with CCS. Existing CCS projects have already safely captured and stored millions of tonnes of CO2. This essential climate technology now needs to be stepped up, integrated and rolled-out in Europe.

Bellona has long drawn attention to the role of CCS in achieving increased energy security while safeguarding the climate. As recently as this month Bellona circulated a policy document outlining why CCS is the only technology that can attain both energy security and climate objectives. Renewable energy sources are essential, but in the shorter term they will not be able to meet Europe’s energy needs and fossil fuels will continue to play a role. A future without CCS would therefore result in a Europe resorting to either unabated, polluting indigenous fossil fuels or relying on insecure and expensive imports.

The Commission and Bellona are in agreement when the energy security Communication states that “coal and lignite’s CO2-emissions mean that they only have a long-term future in the EU if using Carbon Capture and Storage (CCS)”. Bellona would, however, underline that this holds true for the shorter term as well, and that CCS roll-out in Europe is needed now. This is why Bellona has produced a summary policy brochure for new Members of the European Parliament, laying out the pieces of possible CCS policy.

The Commission’s strategy further acknowledges that CCS may play a role in increasing recovery rates from aging oil and gas reservoirs. This would temporarily increase the secure supply of these fuels while laying the foundation for a solid CO2 storage industry, thereby strengthening the overall case for the essential climate technology that is CCS. But continued effort to demonstrate and deploy CCS technology is needed. The Commission also looks to EU Member States for increased investments: “further efforts in research, development and deployment should be made in order to fully benefit from this technology”. A recent report from the British Parliament outlines the importance of fast-tracking CCS development.

The role CCS must play in tackling climate change is widely recognized by the European Parliament. Earlier this year it passed a resolution calling for CCS in Europe by a resounding 524 to 141 votes. Member States now need to take these strong signals into account both in Council and in their own capitals, as they continue work with energy security  and other climate relevant policies, especially the 2030 framework.