The Greek presidency of the European Council is going to be practically restricted due to the European Elections in late May. Greece therefore aims to work to conclude outstanding issues before this time, including biofuels reform, plastic bags use, shale gas extraction and energy taxation. This is according to draft Council of Ministers meeting agendas put together by the Greek presidency. The Greek leadership will introduce its agenda at the European Parliament plenary on January 13 to 16. 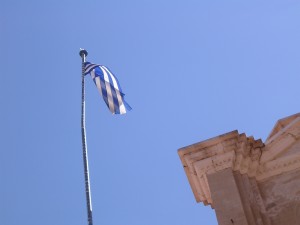 For the UN climate summit, COP21, the EU finance ministers are set to adopt a position during their meeting on May 6.

Biofuels have been a long and complex debate in Europe, leading to disagreement and delay both in the European Parliament and last month in the Energy Council. In the latter, a new chance for agreement will be presented on March 4. It is vital that progress is made on this date so as not to leave the topic in limbo till after the elections and reshufflings. The draft agenda for the same meeting also includes discussion on the 2030 climate and energy framework (due to be presented by the Commission on January 22) as well as energy prices and competitiveness.

The environment ministers’ meeting on March 3 includes the same proposals. During the June 12 meeting the upcoming shale gas proposals, a “framework for a safe and secure unconventional hydrocarbon extraction” will be discussed. Other topics for the June meeting include the proposed CO2 monitoring for ships regulation and ratification of the Kyoto Protocol’s second commitment period.

The proposal for an alternative fuels infrastructure is up for discussion by transport ministers on June 5-6. The meeting of the trade council on May 8 will discuss the EU-US trade agreement (TTIP) which has come under fierce criticism for potentially undermining EU climate and environment standards, regulations and ambitions.

View the draft agendas of the entire Greek presidency here