An order to act (for the climate)

The United Nations’ Intergovernmental Panel on Climate Change (IPCC) is now 95 percent sure that global warming stems mainly from human activity. “This report is an order from our globe. An order to change course in climate politics, towards more full scale facilities for carbon capture and storage, more renewable energy, more energy efficiency, more money to ensure a transition within the industrial sector and more electric cars on the roads,” said Bellona President Frederic Hauge after the IPCC’s Fifth Assessment Report was released Friday in Stockholm. 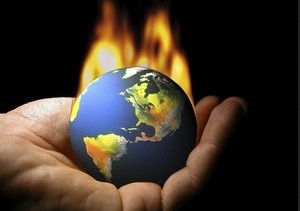 It has been six years since the last major report from the IPCC was published. The most important change is that the IPCC now is even surer that humans are the main cause of global warming developing since the 1950’s.

Would you board a plane with 95 percent chance of crashing?

“In 2007, IPCC concluded that it was 90 percent sure that human activity was causing the global warming; now it has increased to 95 percent. This should remove any doubt over the need for ambitious climate politics. Those still in doubt should ask themselves if they would board a plane that had 95 percent chance of crashing,” Hauge said.

“The times when the climate debate was about polar bears and the future of our grandchildren are past. This is about ourselves and about ensuring life conditions for our children. To succeed we must leave fossil resources in the ground,” Hauge said.

Report emphasizes the need of any form of climate technology

Thus, Bellona expects that the IPCC report will get significant attention in negotiations between the four coalition parties forming the next Norwegian government.

“The report emphasizes the need of any form of climate technology, meaning that we shall expect strong commitments in carbon capture and storage (CCS) in the industrial sector, continuous rollout of electric cars, more energy efficiency in buildings, long term support to renewable energy such as sun and wind and a political demand to run oil platforms on clean energy from land,” Hauge said.

“It will be very interesting to see how much the world’s political leaders are willing to learn from this report,” said Svend Søyland, Bellona’s senior advisor on international climate issues.

“We see positive signs from China, with CO2 quotas in the biggest cities and decrease in the use of coal. In the US, recently tightened regulations make it practically impossible to build new coal plants without CCS,” Søyland added.

“However, due to the required consensus, the process around the UN’s 19th annual climate conference in Warsaw stagnated. If we don’t solve that situation, certain countries might hinder all ambitious plans, Søyland explained.

Hauge emphasizes that the IPCC report might undermine the graveness of the climate changes.

“The climate models on which IPCC’s work is based, do not fully address the possible effects of the permafrost in Siberia melting,” said Hauge.

Thereby his worries are similar to those of Lord Nicholas Stern.

“The IPCC report should be understood as a minimum of findings upon which scientists agree,” said Hauge. “We all need to be aware that surer knowledge of melting permafrost might worsen the global picture radically.”

Bellona started to work on carbon negative solutions after the last IPCC report was published in 2007.

Hauge now feels the new report confirms that this was a wise strategy for the organization.

“Humanity is reacting too late and climate changes are worsening far beyond what we thought they would be,” Hauge said. Production of large amounts of sustainable biomass will now be crucial. If we’re going to solve the climate challenges and eradicate poverty, solutions such as the Sahara Forest Project and Ocean Forest need to be established in large scale internationally.”

“The ocean has absorbed 90 percent of CO2 emissions, causing severe acidification affecting all life in the sea. At the same time, the ocean’s ability to absorb CO2 weakens. When it can now longer absorb the same amounts of CO2, the result will be massive temperature increase,” Søyland said.

Mongstad in a gloomy light

Bellona’a president thinks the report sheds a gloomy light on the recent abandonment of the full-scale CCS facility on Mongstad, Norway.

“It is ironic that this report comes only a week after our outgoing government decided to abandon the CCS project on Mongstad,” Hauge said. “The [IPCC] report concludes that the climate changes are irreversible, unless we find a way of subtracting large amounts of CO2 from the atmosphere.”

“Together with bioenergy, carbon capture and storage can be one of these carbon negative solutions,” stated Hauge. “Wood, seaweed and other biomass absorbs CO2 while growing. If this biomass is used in a power generator where CO2 is captured and stored safely, energy will be produced at a carbon negative.”

Bellona Europa is leading an expert group directed by the European Commission, on EU’s work on subtracting more CO2 from the atmosphere than what is being released.

“Bio-CCS is the only possibility we have to do this at a large scale. The technologies exist, but we need massive up-scaling both on CCS and mass production of biomass,” Hauge said. “Norway has a key position both with regards to expertise on CCS, companies possessing leading competence in advanced bio technique, access to biomass onshore and offshore and not at least, money to spend.”