Bellona’s President “Hero of the environment” in TIME magazine

The last issue of TIME magazine presents Frederic Hauge, President of The Bellona Foundation, as one of some 40 selected heroes of the environment around the world. Hauge says this is a recognition of the work of the entire organisation. 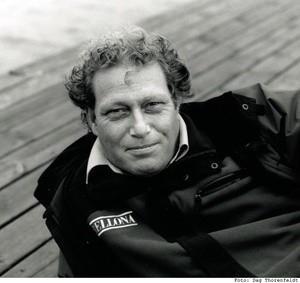 Friday, TIME magazine published a special issue where persons around the world are honoured for their important environmental work. TIME calls them Heroes of the Environment. The recent Nobel prize winner Al Gore is on the list along with Bellona’s President Frederic Hauge.

— This is an important recognition for the entire Bellona organisation. We’ll have more challenges in front of us now, but also more opportunities.

— I am very privileged to work with the most important issue in the world. I appreciate my colleagues and everyone who has supported Bellona during Bellona’s 21 year history.

In the company of celebrities

Each year, TIME makes a list of the year’s heroes in various areas. Due to the fact that there has been a lot of attention paid to environmental issues and specifically to global warming in 2007, TIME decided to make a list of people who have worked towards improving the environment.

As TIME describes, they range from activists to tycoons, politicians to inventors; these remarkable people offer hope for the future.

In addition to Al Gore, Frederic Hauge is in the company of James Hansen, Tim Flannery, Wangari Maathai, David Attenborough, James Lovelock and several others. All together, TIME, selected a bit more than 40 names.

TIME writes that the work of Bellona has helped to raise environmental awareness and that Bellona is a solution-oriented organisation.

“Hauge’s powerfully pragmatic approach is to collaborate with heavy industry, not battle it.”

Bellona’s and Hauge’s work with carbon capture and storage is also mentioned specifically:

“This emphasis on finding solutions, rather than clinging to ideology, also informs his stance on carbon capture and storage, whereby CO2 from energy production is deposited deep underground. Some green groups scoff at this practice, but Hauge sees it as crucial to reducing emissions.”

Alexander Nikitin is a former submarine officer who works in Bellona and who co-authored a report on radiation safety issues in the Russian Northern Fleet. He was arrested and charged with high treason in 1996. Although he was released after 10 months in prison, it took five years to clear him of all accusations.

The article ends with the following:

“Whether cleaning up Norway or dressing down Moscow, “the only thing I’m more afraid of than environmental threats is apathy”, says Hauge, while drifting in the Oslo Fjord aboard Bellona’s patrol boat. With Hauge at the helm, there’s little danger of that.”

On October 25th, Hauge is invited by TIME to the “Heroes Awards Ceremony” in London where all the environmental heroes will be honoured.