The third report issued by the UN Climate Panel concludes that emissions quota trading schemes alone are insufficient to reduce greenhouse gasses by 50 to 80 percent over the next 50 years, and said instead that nations should focus efforts to develop new environmentally friendly technologies and make them marketable. 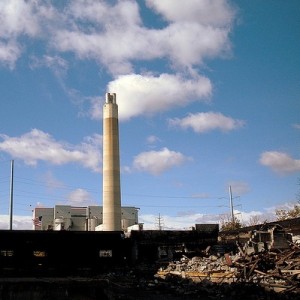 Such a scheme to develop and market these new technologies, the report asserted, should be accomplished by a series of government subsides, legislation, duties and taxes, and binding agreements.

Emission trading schemes, such as those available under the Kyoto Protocol, the Climate Panel report argues, are insufficient to stem the growth of greenhouse gases.

The Bellona Foundation is entirely in agreement with the conclusions drawn by the UN Climate Change panel in its latest report, and has long been lobbying for many of the tasks the Climate Report puts before governments in the interest of reaching an emissions free energy economy and society.

The Climate Panel’s reports
The Climate Panel’s third report entitled “Mitigation of Climate Change” was made public on May 4th, and is one part of the panel’s four-part series on climate change issue. This most recent report discusses each emissions reduction effort currently underway in each energy sector and analyses their short term, medium term and long term Impact on the climate and society.

It also highlights each remedy that has the best record so far and thoroughly backs carbon capture and storage as an applicable technique to limit emissions.

Previous installments of the report have included the assertion, in its first volume, that climate changes are man-made. This release was the most jarring and detailed analysis of its kind to date, and followed quickly on the heels of the thunderous reaction to the British Stern Report, which had reached the same conclusion that global climate change was man-made.

This most recent installment from the UN Climate Panel focuses on what can be done to reduce global climate change. Its central thesis is that it is necessary to induce industry to reduce emissions—but warns that this must be done quickly. 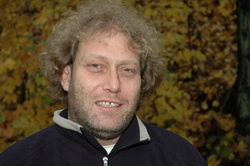 Norwegian researcher Knut Alfsen of the UN Climate Panel had clear advice for Norwegian authorities when the third volume of the climate report came out – concentrate on technological development, not emissions quotas.

Alfsen was one of the lead writers behind the last climate report, and is the research director at the Central Statistics Bureau, as well as a senior advisor with the CICERO Centre for Climate Change.

“Norway’s concentration on technological development is laughably small. It must in all cases double, Alfsen told Bellona Web. I am thinking first and foremost of carbon capture and storage, but we see for example that concentration on energy effectiveness is totally minimal.”

“These declarations from Alfsen are in line with what Bellona has said long argued. This is something we have said ourselves,” said Hauge. “This last part of the report puts an even larger responsibility on wealthy nations. Norway is responsible for 2 to 3 percent of carbon dioxide emissions in the world because of our gas and oil exports, so (Norwegian) Prime Minister Jens Stoltenberg has a similarly large moral responsibility.”

She added that a sector by sector report on Norway’s industry would be published in coming days, though did not speculate about precisely how the government will deal with the issues raised.

The failings of a ‘quota only’ system
Alfsen proposed that Norway, via the international plan, must seek to supplement the Kyoto Protocol with technology-based agreements, saying that a quota-based system alone would not contribute significantly enough for emissions cuts to be beneficial