Published on February 10, 2021 by Bellona Europa 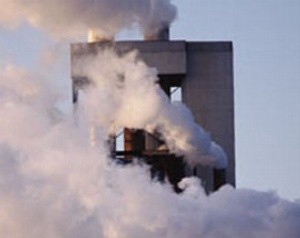 Norway will seek to more than triple its tax on carbon dioxide by 2030, increasing its charge for a ton of emitted CO2 equivalents from €60 to €200, the government said in a wide-ranging white paper spelling out the country’s climate action plan.

The increase in CO2 tax is applicable to sectors both covered and not covered by EU ETS. For operators covered by EU ETS, the combined cost of the national tax and of ETS payments will be set at €200 per ton CO2 by 2030, under the latest plans. The proposed CO2 tax is therefore probably the most ambitious carbon tax in the world.

If approved by the parliament, this will be Norway’s first combined carbon price. Until now, the CO2 tax have been adjusted annually in the national budget independent of the EU ETS carbon market price, and has typically increased by 2-10% annually in recent years.

As the EU Emission Trading System (EU ETS) has underdelivered on its promises on carbon price and emission reductions, the Dutch government has also introduced a carbon tax setting a minimum price for CO2 emissions compared to the EU ETS-price.

The Dutch CO2 tax on industrial CO2 emissions starts at €30 per ton CO2 in 2021 and is planned to reach €125 per ton CO2 by 2030. The tax payable will be the difference between the tax level and the price in the EU ETS for that year, so that total carbon price is equal to the full tax.  In addition to installations covered by EU ETS, the carbon tax also covers waste incineration plants and nitrous oxide installations. Electricity production and installations producing district heating are already covered by a CO2 tax introduced last year, which is at a lower rate.

No increase in overall taxation

The Norwegian Government’s policy is not to increase the overall level of taxation. Any tax increase will therefore be offset by reducing other taxes correspondingly to avoid decreased competitiveness and carbon leakage. Environmental NGOs have made clear that other environmental taxes must not be lowered to compensate for the increased CO2 tax as this might reduce the incentive to reduce emissions.

The CO2 tax aligns well with the “polluter pays principle” for most industries and can serve as an efficient and technology-neutral catalyst for emission-free solutions across sectors.

Many support the CO2 tax, while waste incinerators are concerned

The Norwegian Government’s white paper is currently on hearing and has received input from 120 organizations who participated in the hearing on February 2. and 4. The date of voting in parliament is currently not set.

Facts about the Norwegian CO2 tax

The CO2 tax covers both EU ETS-sector and non-EU ETS sector. The CO2 tax is levied on combustion of fossil fuels and CO2 emissions from petroleum industry. Some sectors are exempt from the tax, e.g. agriculture.

The expected total tax levied is NOK 6 billion in 2021.

The introduction of a tax on CO2 emissions in 1991, and the European requirements for CO2 content in sales gas laid the foundation for developing the two Norwegian CO2 storage projects Sleipner (1996) and Snøhvit (2008).