Microsoft has said it wants to remove all of its historical CO2 emissions. One of the few reliable methods that can be used already today is the capture and storage of CO2 emissions from the combustion or processing of sustainable biomass.

Published on October 14, 2020 by Bellona Europa 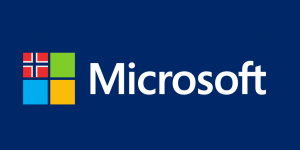 Today, Microsoft enters into a Memorandum of Understanding with the Northern Lights consortium, which will store CO2 offshore on the Norwegian continental shelf.

–This is  huge news. First, the Government of Norway decides to lead the world in CO2 capture and storage by launching the ‘Longship’ project. Then comes a global leader, Microsoft, who wants to join the voyage, says Bellona Founder, Frederic Hauge. Hauge is also Vice President of the European Commission’s expert and technology platform for CO2 capture and storage.

– Norway should spearhead a coalition of countries, industrial players and investors who want to roll out CO2 capture and storage immediately, says Hauge.

He believes this shows that infrastructure for CO2 storage must be put in place first, and that this in turn will trigger new policies and concrete plans for CO2 capture in Europe.

Recently, the European Commission proposed to allocate 102 million euros for the transport and storage of CO2 in Rotterdam.

“This comes as a direct result of ten years of efforts by Bellona Europa in Brussels to free up EU funds for CO2 infrastructure, and now opens up financing for capture projects in neighbouring countries such as Germany and Belgium,” says Hauge.

–The Norwegian Parliament must ensure that the Norwegian project has the greatest possible value as a showcase for the world. The Parliament must grant funding for the CO2 capture project for the Klemetsrud Waste-to-Energy facility in Oslo to become a reality. This will show how we can use existing technology and industrial plants to remove CO2 from the atmosphere. We can do this now, we do not have to wait for ten or twenty years, says Hauge.

Microsoft has said it wants to remove all of its historical CO2 emissions. One of the few reliable methods that can be used already today is the capture and storage of CO2 emissions from the combustion or processing of sustainable biomass. CO2 capture for the energy recovery plant at Klemetsrud in Oslo can remove several hundred thousand tonnes of CO2 from biomass every year.

“It is laudable that Microsoft has clear ambitions to remove CO2 from the atmosphere and to store it permanently,” says Jonas Helseth, Director of Bellona Europa. “However, it must be made clear that compensating for historical sins is not the same as compensating for planned future sins. Microsoft will also need to clarify the origin of the CO2 that will be stored in this partnership if it wants to claim to be carbon negative.”