The Norwegian government will be providing funding for full-scale low-carbon cement production with Carbon Capture and Storage (CCS) from the facility at Brevik. Bellona Europa strongly supports this important first step in establishing a European CO2 transport and storage network, of vital importance to help decarbonise heavy-industry.

Published on September 22, 2020 by Bellona Europa 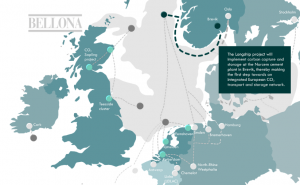 Monday 21st of September marks a watershed moment for Europe’s ability to reach the set climate target of net-zero by 2050. Norway’s Prime Minister, Erna Solberg, announced that the government will be providing funding for full-scale low-carbon cement production with Carbon Capture and Storage (CCS) from the facility at Brevik.

“Today we live in a world where cement production and use is significantly damaging our climate – this full scale CO2 capture and storage project in Norway is the first step to a different world, one with low carbon cement and steel allowing us to build a low carbon sustainable society,” said Keith Whiriskey, Deputy Director at Bellona Europa.

Yesterday’s announcement promises to provide Norway with low-carbon cement and Europe will get flexible, ship-based CO2 transport and storage for its industry. With renewables, energy efficiency and now CCS, the excuses to continue dumping CO2 into the atmosphere are quickly falling apart.

Norwegian PM Erna Solberg highlighted the importance of international cooperation and investments into carbon dioxide capture and transport for subsequent storage in Northern lights. “We have to get more actors on board. The criteria for success for the project hinges on other nations joining, not leaving Norway to foot the bill” said the PM. She added that the Norwegian government expect and hope that other countries in Europe follows through.

“The decision to fund CCS will be a dam breaker. CCS is no silver bullet, but this project will cut hundreds of thousands of tonnes CO2 in only three years. Industry in Europe and beyond can no longer hide behind small, incremental emission cuts or projects starting 2040, quoting solutions ‘not available’ – it will have to explain why it doesn’t act now,” said Jonas Helseth, Director at Bellona Europa.

Additionally, the Norwegian government announced its decision to provide a guarantee to finance around half of the expected costs for carbon capture and subsequent storage for another emitter: the waste-to-energy facility at Klemetsrud, Oslo’s largest CO2 emitter. The guarantee hinges on the project’s ability to attract additional funding. Whilst open to cooperative partners across the board, including the municipality of Oslo, the Norwegian government point out the EU’s innovation fund in particular.

Bellona has cooperated with the City of Oslo on several key climate policy areas, including electrification of ports (shore power), zero emission construction sites and CCS.

“CO2 capture and storage will be the most important single step toward’s Oslo’s plan to slash greenhouse gas emissions to almost zero by 2030,” said Olav Øye, Adviser for Climate and Industry at Bellona in Norway. 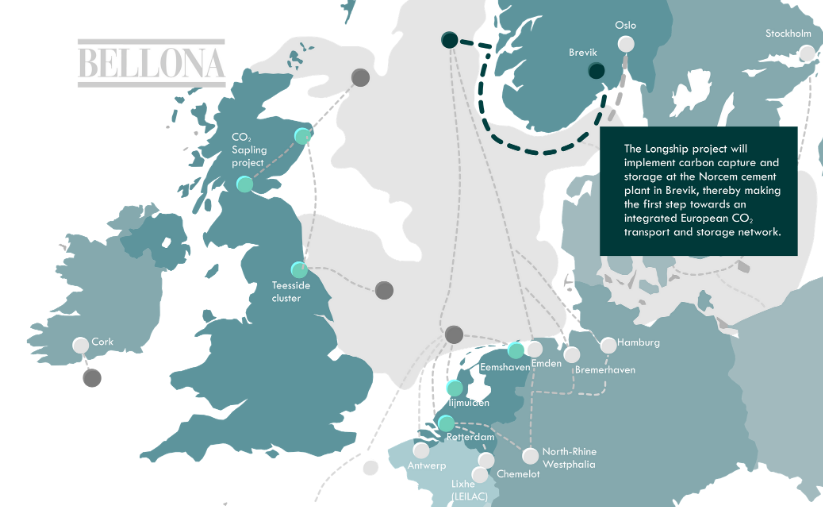 Norway is not the only CO2 storage developer

Whilst Norway seeks to attract European funds for a second project, Europe is not without options, as many countries are also developing CO2 capture projects. To mention a few: Rotterdam, Humber and Stockholm are all aiming to establish CO2 capture and transport projects.

The Norwegian government will need to Parliament majority for its proposal. A final decision can be expected by the end of the year, when the Parliament adopts the state budget for 2021.

Bellona’s team in Oslo has been working for more than the two decades to realise a full scale industrial CO2 storage project. With Norway  showcasing to Europe that deep emissions cuts in industry are possible now – our Brussels team will double down on efforts to keep Europe at the forefront of industrial deep decarbonisation.