Press release: The coal dinosaurs bow out of a low carbon Rotterdam

As the coal dinosaurs bow out of a low carbon Rotterdam, a focus on CO2 transport and storage gives better opportunities for the port, new low carbon industrials and workers.

As the coal dinosaurs bow out of a low carbon Rotterdam, a focus on CO2 transport and storage gives better opportunities for the port, new low carbon industrials and workers.

Engie and Uniper, two major European electricity generators, officially opened the giant Maasvlakte coal power plant in Rotterdam last year. Before the plant was ever built, the plan was to attach CO2 capture and storage to the facility – the ROAD CCS project would have prevented 1.1 million tonnes of CO2 entering the atmosphere every year. 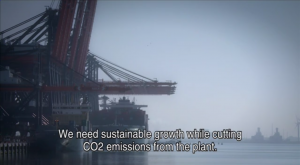 Under a low carbon price and high political uncertainty over the future of coal generation in the Netherlands, however, the French and German energy giants will pull the plug on the ROAD CCS project. Less than 2 years after the Paris climate agreement’s adoption, aiming to limit global warming to under 2oC, Europe has lost its last proposed coal CCS project.

Today Engie’s coal plants alone produce emissions equivalent to nearly half of France’s entire emissions, while Uniper, the bad bank of E.ON, is still building new coal plants in the largest CO2 emitter in Europe, Germany. Uniper and Engie look to be companies with no plan to stick around when climate policies begin to bite.

“It’s not surprising that the project has been cancelled – the reason it’s taken so long is that the coal utility companies kept hoping the Dutch government would do it, so they would avoid any blame and could claim they tried. Surely to their disappointment, the Dutch government has however made it clear it is serious about industrial decarbonisation and CCS, so they had their hand forced. Those companies actively worked to block any ambitious EU policies that could provide the necessary framework for CCS to become operational in Europe.’’  says Jonas Helseth, Director of Bellona Europa.

Rotterdam hosts one of Europe’s largest industrial hubs, with large CO2 emissions to match. The port, companies and workers all need a climate solution – CO2 transport and storage will be a big part of it, involving many of the industries in the region. The prospect of the cancellation of ROAD will be clear to all those making plans to decarbonise the Rotterdam port. Focusing development on CO2 transport and storage networks will be crucial to aid as many industries as possible to deeply decarbonise. The ROAD project would have built a large CO2 capture facility, with a small CO2 transport and storage component; now effort can be focused where the biggest commercial and climate rewards lie, developing Rotterdam into Europe’s CO2 hub. 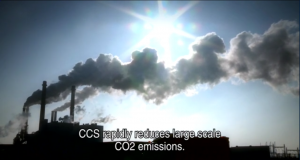 The port is in an ideal space to take advantage of refocusing the ROAD project on CO2 infrastructure and CO2 storage first. The port area plan has space set aside for CO2 shipping, low capture cost CO2 is readily available, existing CO2 pipelines feeding local greenhouses are eager to expand and an offshore CO2 store is ready and waiting to be filled. Rotterdam is pivotally located as a gateway for European industrial emissions to the North Sea: the giant industries of the Ruhr will need access to North Sea CO2 storage sites.

Reframing the project components of the ROAD project into a solution for industrial decarbonisation of the region will offer an opportunity to create a carbon capture hub which could help decarbonise local and regional industries. Along with creating jobs and sustainable economic development in the region, the project will link up to existing Projects of Common Interest of the EU and act as a gateway to huge CO2 offshore storage resource of the North Sea (read more on the development of CCS in the Rotterdam region here). Rotterdam, the Netherlands and the whole industrial region will be able to tackle their industrial emissions preserve industrial jobs and attract new investment.

Bellona calls on the Commission and Member States to support a rapid re-design of the project to ensure these benefits for both local communities and the region.