On 9 September 2015 Bellona Europa delivered its feedback to the European Commission’s proposal for revision of the EU Emission Trading Scheme (ETS). In July 2015, the Commission presented its so-called Summer Package, including the proposal on a revised EU ETS. The EU continues to consider the ETS as the main tool to reach its 2030 climate targets of reducing emissions with at least 40%. The proposal on the table therefore includes continued funding for low-carbon technologies like carbon capture and storage (CCS), primarily through the establishment of the Innovation Fund. The design of the Innovation Fund has been the focus of Bellona’s feedback and suggestions.

Published on September 10, 2015 by Bellona Europa 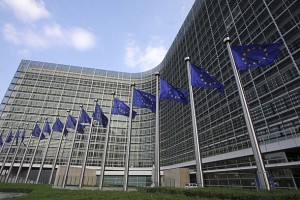 As the IPCC’s 5th Assessment Report has made the necessity of Carbon Capture and Storage (CCS) and negative emissions technologies clear, Bellona is concerned about the presently slow pace of CCS deployment in Europe.  The large emissions from energy-intensive industries like steel, cement and chemicals cannot be deeply reduced without CCS and to that end Bellona considers the Innovation Fund’s design as a crucial factor to enabling strategic CCS deployment.

Bellona’s main input has been to emphasise that the Innovation Fund must be seen as an enabling tool laying the groundwork for CCS. The Fund’s limited resources will not suffice to enable full CCS deployment and therefore its main goal should be to facilitate geographically strategic CCS projects and, crucially, the building of CCS infrastructure that would foster the creation of hubs and further CCS deployment across Europe.

To that regard, Bellona recommends that the Innovation Fund targets both full and part-chain projects, focusing on outcomes delivered, such as developed storage sites and capture hubs. Bellona has therefore recommended the Fund to prioritise maximizing available funding for strategic top-ranked capture, transport and/or storage projects.

The experience from the NER300, the forerunner of the Innovation Fund, proved that a 15% funding cap per project has discouraged successful progression of CCS projects in the past, and thus the Fund should focus on delivering CCS infrastructure.

Compatibility with other funding important

As CCS projects are capital intensive, the possibility to accumulate funding from multiple funding sources would increase the success rate of CCS projects considerably. Consequently, Bellona recommends the Innovation Fund would have greater impact, if it was made compatible with complimentary funds such as the Modernisation Fund, the Connecting Europe Facility and the structural and regional cohesion funds.

The Commission’s proposal on the ETS reform makes additional reference to 50 million allowances from the Market Stability Reserve that are to bridge the transition to the Innovation Fund. Bellona has, however, raised the point that the “Bridge Fund” will not suffice to support CCS projects should the Fund come under the same terms and conditions as the NER300 and therefore recommends that it comes under those for the Innovation Fund.

Carbon negative potential to be realised

Finally, as the ETS currently does not include mitigating emissions that go beyond zero, there are at present no incentives to deliver Bio-CCS. Bio-CCS is recognised by the IPCC as a necessity to limit the global temperature increase to the 2°C threshold. To that regard, Bellona has recommended a set-aside of 50 million EUAs in the Innovation Fund for the capture and storage of biogenic emissions, thereby not excluding Bio-CCS projects from being eligible for funding.

In all, Bellona welcomes the Commission’s proposal revising the ETS recognising the importance of continued support for innovation in low-carbon technologies.

The complete recommendations Bellona has delivered to the Commission.