A CCS Roadmap for Portugal

Bellona has been an active contributor in a year-long project which has resulted in the publication of a CCS Roadmap for Portugal. A key finding of the Roadmap is that CCS forms part of a least-cost strategy to achieving climate targets in Portugal in a deep decarbonisation scenario. To this end, a conducive policy framework and sufficient public funds would need to be guaranteed.

Published on April 1, 2015 by Bellona Europa 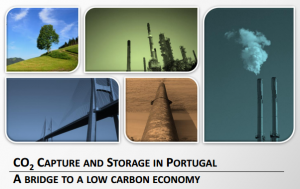 «These kinds of roadmaps are precisely the sort of thing we need to see across EU Member States as they allow us to set a path toward 2050. If we only look to achieve 2020 or 2030 targets there is a real danger of missing the bigger picture – where CCS is essential – and finding ourselfs trapped with emissions we cannot cost-effectivley reduce» said Director of Bellona Europa, Jonas Helseth.

The importance of developing CCS Roadmaps was also highlighted in the final summary report delivered to the European Commission on the review of the CCS Directive, to which Bellona contributed. One of the key recommendations listed in this report is for Member States to develop national decarbonisation plans which include CCS (or else explain how they are going to meet 2050 climate targets without it).

Bellona has also published CCS Roadmaps for Greece, Hungary, Romania and Poland, as well as a study of CCS in Ukraine. These can all be found here.

The Portuguese Roadmap looks at the role CCS technology can play in decarbonising the country’s energy and industry sectors. It also considers cost-effectiveness of CCS deployment, and the potential risks and benefits for economic development. Some key findings are:

The CCS Roadmap for Portugal is written by the partners of the project CCS-PT: Perspectives for capture and sequestration of CO2 in Portugal: Bellona, CENSE research group, CGE research group, National Laboratory of Energy and Geology and REN. It was undertaken with financial contributions from the Global CCS Institute (GCCSI).

The Roadmap can be downloaded from the project website.