Major energy-intensive industrial plants in Teesside have launched their vision of accommodating Europe’s first Carbon Capture and Storage (CCS) equipped industrial zone. Teesside Collective aims to capture CO2 emissions and transport them via a shared pipeline network for permanent storage beneath the North Sea. Besides reaffirming the UK’s leadership position in industrial CCS development, retrofitting CCS in Teesside would entail significant benefits in terms of maintaining and growing the country’s industrial base and workforce, as well as ensuring climate change objectives are met.

Published on February 2, 2015 by Bellona Europa 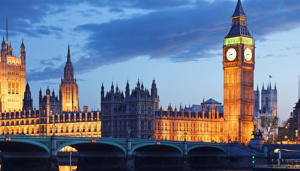 What makes the Teesside Collective project different from other CCS projects in the UK is its focus on industrial emissions rather than emissions from electricity generation. Teesside represents 58% of the UK chemical industry and the Northeast process industries contribute around €35 billion/year to the UK economy. The region also accommodates the UK’s 25 most emission-intensive plants and regional emissions per person are almost three times the national average. By capturing 90% of the emissions, CCS would shield companies in Teesside from rising carbon permit costs.

“For several energy-intensive industries, CCS as the only available technology to reduce emissions sufficiently in the foreseeable future” notes Jonas Helseth, Director at Bellona Europa, welcoming the launch of the Teesside Collective.

Tees Valley Unlimited, the Local Enterprise Partnership, has been awarded €1 million by the UK Department of Energy and Climate Change to develop a business case for deploying industrial CCS in the Teesside cluster and to make recommendations for a funding mechanism. This is to be completed by the summer of 2015.

Initial findings of engineering work on the site suggest that the project is feasible. Retrofitting the CCS technology to the four anchor projects’ different industrial processes, namely steel, ammonia, hydrogen and polyethylene terephthalate production, is operationally and technically feasible. What is more, Teesside is optimally located for the transportation of the carbon to permanent storage facilities under the Central or Southern North Sea.

Equipping the Teesside industrial zone with CCS would offer the benefit of reconciling the UK’s climate change and re-industrialisation objectives. Besides maintaining and expanding the industrial base and workforce, CCS would make an important contribution to reducing the UK’s CO2 emissions by 80% by 2050. In fact, a number of recent legislative outcomes and influential reports, such as the EU’s Energy Roadmap to 2050 and the IPCC’s 5th Assessment Report have confirmed the essence of CCS technologies and negative emissions, attained via Bio-CCS, to halt global temperature increase to 2°C.