UK and Canada to enhance collaboration on CCS

The UK and Canadian governments have signed an agreement on enhancing their collaboration on further research into carbon capture and storage (CCS) technology, thus reinforcing their positions as global leaders in the deployment of the vital climate technology.

Published on November 20, 2014 by Bellona Europa 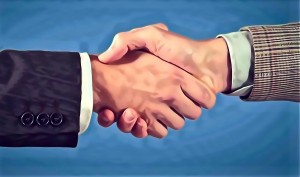 The joint statement released by the UK and Canada lays out how the two countries plan to collaborate on research into CCS and builds on the measures already undertaken by both countries in promoting its deployment.

Director of Bellona Europa Jonas Helseth said: “This is the latest in a series of international and bilateral agreements on CCS and they all show one thing: that the messages delivered in the IPCC’s 5th Assessment Report are no longer being ignored and action is underway.”

In order to limit global temperature rise to 2°C the IPCC Synthesis report makes it clear that fossil fuel power generation without CCS must be phased out by 2100. Bellona Europa has worked on CCS for twenty years and every year has made the need for this climate technology clearer. The climate challenge is of such a magnitude that we need to use all means at our disposal in order to reduce CO2 emissions, including renewable power, energy efficiency, energy storage and CCS.

As Helseth added: “We are not in a position to cherry pick the technologies with which we will combat climate change.”

The agreement follows a month after the launch of the world’s first commercial-scale CCS coal burning plant, a €1 billion, 110 MW retrofit of SaskPower’s Boundary Dam, in Saskatchewan, Canada. This plant is predicted to capture about 1 million tons of CO2 per year, the equivalent of taking 250,000 cars off the road (read more here).

The UK, on the other hand, has taken the CCS lead in Europe through supportive policies and two commercial scale projects under active development. One of these, the White Rose project, received a significant amount of EU funding through the NER300 programme of up to €300 million in July 2014 (read more here).

In recognition of the above messages, UK Energy Minister Matthew Hancock said “Our agreement is an important step forward for the CCS sector, and I look forward to further UK-Canada cooperation”.

Among the thematic areas for enhanced cooperation between the two countries are capture cost reduction as a key focus; subsurface reservoir characterisation; enhanced oil recovery; measuring, monitoring and verification protocols; CO2 pipeline and infrastructure development; and public confidence and engagement.