Two of the world’s largest emitters, China and the USA, have agreed to enhance cooperation in the field of carbon capture, usage and storage (CCUS) and to undertake a major project with enhanced water recovery in China. This would form an important component of a business case for moving CCS forward globally, as well as in resolving China’s pressing water problem.

Published on November 21, 2014 by Bellona Europa 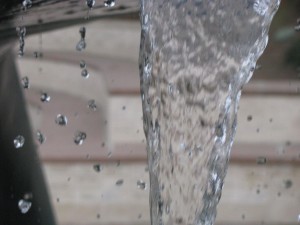 Depending on the conditions of the storage site, the injection of CO2 into geological formations can effectively push water up from under the ground, allowing it to be collected for industrial use or distribution to areas in need. In some instances, the water extracted can be clean enough to drink. According to a White House fact sheet, the project is envisaged to inject about 1 million tons of CO2 while recovering 1.4 million cubic meters of freshwater each year.

Director of Bellona Europa, Jonas Helseth said: “Projects that can tackle CO2 emissions, the root cause global warming, while also contributing to other climate challenges such as water shortage, are the sort of integrated solutions the world needs more of.”

But Helseth also adds a word of caution: “It is true that this project could make more effective use of the huge amounts of water power plants use in both heating and cooling. But we must remember that water, and especially ground water, is our most precious resource and its use must be carefully considered.”

The agreement was reached at the Asia Pacific Economic Cooperation Conference earlier this month and is one of several climate and CCS cooperation agreements recently signed, including one between Canada and the UK (read more here).

Helseth noted that “these types of cooperation agreements are a big part of propelling climate action. Targeting vital climate technologies like CCS, both in these agreements and in separate ones, provides real impetus to moving forward.”

China and the US are already frontrunners in the field of carbon capture, usage and storage. Southern Company’s Kemper County project in the US is approaching completion and will be the world’s largest, commercial-scale gas-fired power plant operating with CCS.  In China, the number of large-scale CCS projects underway has doubled to 12 since 2011 and several CCUS projects will become operational in the next 2 to 3 years.

In 2009 China and the US launched the Clean Energy Research Center (CERC), which includes a group focusing on CCS technologies. Last year the China and the US agreed to a plan of five initiatives to reduce greenhouse gas emissions and air pollution, where one of the points concerned CCUS.